By midnight on Thursday, the matter was still not resolved, with Penske threatening to sue Siegel and the reporter seeking to find a middle ground by potentially working for both publications, according to an individual with knowledge of the discussions.

On Thursday, Variety, another Penske-owned outlet, reported that Siegel had decided to take an offer at Rolling Stone, a third Penske publication, instead of joining The Ankler, boasting with the headline “Janice Min Loses First Hire at Ankler Newsletter to Rolling Stone.”

But Min immediately called it a “false story,” saying on Twitter that Siegel has in fact accepted a job with her company.

“My response to the reporter, if she had waited for it, was, ‘Tatiana has accepted an offer to work for The Ankler. We understand Jay Penske is working really hard to try to keep her.’ DIdn’t realize one of the ways was to put out a false story,” Min wrote.

In an interview on Thursday night, Min told TheWrap that Siegel has not taken a job with Rolling Stone and resigned from THR on Monday, ahead of the Times piece. Communications shared with TheWrap appeared to confirm that timeline of Siegel’s resignation.

TheWrap has learned that earlier this year Siegel signed a contract with Penske Media Corporation, which owns Rolling Stone, Variety and The Hollywood Reporter. But Siegel, who is one of the most senior reporters at the trade, was known to be unhappy and was negotiating to move to another Penske outlet.

A source said Penske threatened to sue Siegel for leaving while under contract and proposed to keep her with an offer at Rolling Stone and allowing her to contribute to The Ankler. A spokesperson for Penske did not respond to requests for comment.

On Thursday, TheWrap also spoke with The Times’ Katie Robertson, who said she did not confirm with Siegel her job acceptance after the interview with The Ankler’s leaders. 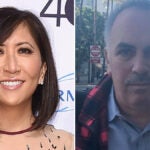 Siegel did not respond to phone calls from TheWrap seeking comment. Variety reporter Elizabeth Wagmeister could not be reached for comment.

Earlier this week, Min became co-owner and CEO of Ankler Media, partnering with Richard Rushfield to form The Ankler, a Substack newsletter covering Hollywood. The New York Times story cited Siegel as the first major hire in the newsletter’s expansion.

The Ankler is aiming to become the flagship title in a network of subscription newsletters, podcasts and events that focus on business, tech and the entertainment industry. Min will also become editor-in-chief of all Ankler Media newsletters, Rushfield will be editorial director. The new slate is launching in January 2022.

The flagship newsletter will be a primarily subscription business, though there will be additional support from FYC campaigns and event sponsorships. Amazon Studios is the launch partner of Ankler Media’s newsletters and podcasts.

Rushfield is a columnist whose work regularly appears in Vanity Fair, among other outlets. Min left THR in 2017 and has served as a consultant for NBCUniversal Cable Entertainment, news exec at Quibi and contributing editor at Time. 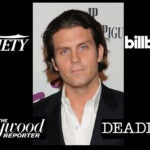