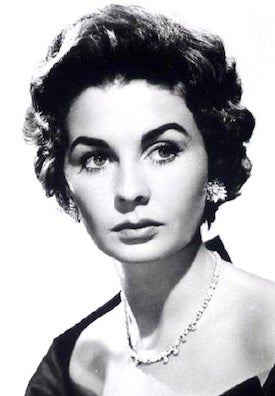 Jean Simmons, star of ‘50s hits like "Guys and Dolls, " “Spartacus” and “Elmer Gantry," "Spartacus," died of lung cancer at her home in Santa Monica. She was 80.

The British beauty started her career at 15 in ”Give Us the Moon.” She played in a number of British films, including David Lean’s “Great Expectations” in 1946 and Laurence OIivier’s “Hamlet” in 1948,” which made her a star.

Shortly after, she moved to Hollywood, where Howard Hughes put her on contract with RKO.

She was nominated twice for Oscars, in 1949’s “The Blue Lagoon” and 1950’s “So Long at the Fair.” In 1983 she won a Best Supporting Actress Emmy for “The Thorn Birds” and was nominated again in 1989 for a guest-starring role in “Murder She Wrote.”

She was nominated six times for Golden Globes, winning once in 1955 for the Frank Sinatra/Marlon Brando musical “Guys and Dolls.”

Other major films included epics like “The Robe” (with Richard Burton and Victor Mature) and “The Egyptian” (Victor Mature), the western “The Big Country” (Gregory Peck) and the Cary Grant comedy, “The Grass Is Greener.”

She continued making films well into the ‘70s, then moved on to TV, starring in miniseries like “North and South” and “The Thorn Birds.”

In 1995, she made a film comeback in “How to Make an American Quilt,” with Winona Ryder and Anne Bankroft.

Brooks also directed her in 1969’s "The Happy Ending." He later said that he created the character of the alcoholic wife as a way to tell Simmons that she had a drinking problem.

She is survived by her two daughters, Tracy Granger and Kate Brooks.