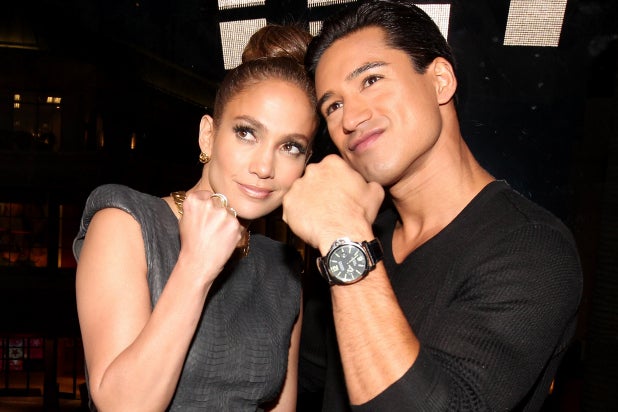 It also unveiled new umbrella franchise, “Nu America,” which will feature series with an overarching theme that combines topical storytelling with social commentary. The expanded relationship with the network’s Chief Creative Officer Jennifer Lopez‘s Nuyorican Productions includes two new series and renewals of “A Step Away” and “The Collective Powered by Vevo” for new seasons.

“Los Jets,” a new original program and the first series to be a part of the Nu America franchise, is a verité documentary series with an immigration storyline.

The second new original series from Nuyorican is the reality competition “Sensation” (working title) — a search for the next “triple-threat” talent.

Broadening its relationship with Mario Lopez, NuvoTV is launching docuseries “Tequila King,” which features Mexican entrepreneur Eric Buccio as he launches the Casa Mexico tequila brand in the U.S. NuvoTV is also picking up new seasons of  “Mario Lopez: One on One” and “Love & Salsa.”

“The coming television season marks a significant milestone in the development of NuvoTV as a network that offers rich and diverse programming focused on Latino culture and entertainment with universal appeal,” CEO Michael Schwimmer said in a release. “We have more than doubled down on our original programming efforts since last year’s Upfront. Our commitment to the future of NuvoTV is complemented by the purchase of Fuse and we’re excited about what’s ahead for both networks.”

“As NuvoTV evolves we are striving to create content with themes and stories that are unique to our audience,” Jennifer Lopez added.  “I’m looking forward to showing our growth and development from last year by presenting our new slate of original programming.”

Jennifer Lopez discussed her involvement with the network, noting that, when she partnered with NUVOtv, she said that she would only participate if they started a revolution.

“”It turns out the revolution is televised,” Lopez said. “We are the game changers for America’s cultural and economic future.”

Here is the slate, as described by the network:

Dramatic Reality Series:
“Los Jets” (Premieres July 16 at 10 p.m. ET) – The passage of federal legislation delivering comprehensive immigration reform continues to be highly contentious in Washington, D.C. Perhaps nowhere is this felt more acutely than in the town of Siler City, N.C. – home of Los Jets, a small, rural community of 5,000 that in a matter of 15 years has seen its Latino population surge from under 2 percent to over 55 percent.

Co-executive produced by Jennifer Lopez and Lynda Lopez under the Nuyorican Productions banner, and the first series to be part of NuvoTV new Nu America franchise, Los Jets follows the compelling story of Siler City’s top-ranked boys’ high school soccer team, the Jordan Matthews Jets, as they fight for a spot in the North Carolina State Championships. The players on the Jets are all sons of Latino immigrants who came to the region in search of a better life for their families. The series offers intimate access, on and off the field, to these boys, their families, friends and founding coach, Paul Cuadros – telling a story that is candid, provocative and timely.

Brought to the U.S. at a young age by their parents, several of these boys are undocumented; and nearly all come from families where one or more members has a compromised immigration status. As a result, many of Paul’s players are grappling with tremendous uncertainty in their lives.

The boys on the current Jets team also have big cleats to fill. It has been nearly 13 years since Paul Cuadros stood up against powerful adversaries in the school administration and town to demand the creation of a soccer team at the local high school which in 2004 become State Champions.

Viewers will witness the mounting pressure facing today’s Jets to measure up to the hard-fought legacy of their team’s storied past. Last year the team finished third in the state, missing the championship by just one goal. This season Coach Cuadros is confident his team could make it all the way — carrying the hopes and dreams of an entire community along with them.

Also read: CW Orders ‘The Flash,’ ‘Jane the Virgin,’ ‘iZombie’ and ‘The Messengers’ to Series

“Tequila King” (Premieres Q4 2014) – The world of tequila making has become more than just the business of spirits. With high profile celebrities such as Justin Timberlake, Carlos Santana, Sean “Puff Daddy” Combs and Gloria Estefan getting in on this multi-billion dollar industry, it has transformed into a high profile global lifestyle. Come along for the ride with Mexican entrepreneur Eric Buccio as he partners with Mario Lopez to launch the Casa Mexico tequila brand in the United States. Experience the grueling production, the glitzy parties and discover why calling the shots in this game may not be as easy as pouring them.

“Nu Point of View” (New Season Premieres July 4 8 p.m. ET) – Inspired by the creative vision of Jennifer Lopez, Nu Point of View is a ground-breaking platform for aspiring Latino filmmakers that gives talented writers, producers and directors the opportunity to bring their passion projects to the national stage. The emerging filmmaker showcase is hosted by Gina Rodriguez and co-executive produced by Jennifer Lopez under the Nuyorican Productions banner.

Music & Entertainment:
“Sensation” (working title) (New Series Premieres Q2 2015) – This weekly series will follow a nationwide search for the next Latino sensation. Unlike other reality competition shows, the winner will have to be a triple-threat – with singing, dancing and acting talent that blows away the other contestants. The series is co-executive produced by Jennifer Lopez under her Nuyorican Productions banner.

“Supersong”* (New Special Premieres June 8 10 p.m. ET) – This one-hour special goes behind the scenes of the writing and recording of Ricky Martin’s FIFA World Cup anthem, “Vida.” The viewers are invited to follow the journey as music makers from around the world submit their songs to Ricky and vie for international stardom. NuvoTV viewers will get an exclusive first look at this momentous music video.

“A Step Away” (New Season Premieres Q1 2015) – This weekly series charts the extraordinary journeys of ten professional dancers performing on tour with some of today’s biggest music artists. The series, co-executive produced by Jennifer Lopez under her Nuyorican Productions banner, offers an exclusive inside look at life on the road and an intimate account of the dancers’ lives as they travel the world with global superstars.

“The Collective,” Powered by Vevo (New Season Premieres Q4 2014)- In collaboration with Vevo, this weekly series celebrates DJs who are on the rise and celebrity tastemakers who will offer their personal music picks of the week and share what’s trending in music, fashion, live events, viral videos, and more. The series is co-executive produced by Jennifer Lopez under her Nuyorican Productions banner.

“Mario Lopez: One-on-One” (New Season Premieres Q2 2015) – Actor, author, on-air host, and executive producer, Lopez does it all. Maybe that’s why the biggest stars in Latino pop culture sit down with him each week for all-access interviews. This returning series is executive produced by Mario Lopez, Mark Schulman of 3 Arts Entertainment and Gil Lopez of Gordo Entertainment in association with JAAM Productions.

Comedy:
“Stand Up & Deliver” (New Season Premieres Q1 2015) – After an extremely successful season in Cabo San Lucas, Stand Up & Deliver’s Jose Sarduy and Julissa Bermudez are heading back to Mexico to host one of Latin America’s biggest comedy festivals. In addition to side-splitting stand up from iconic comics from both sides of the border, viewers will get a whirlwind tour through Mexico’s most famous party destination, complete with pool fiestas and cantina hopping!

Sports:
“Knockout” (New Season Premieres 2015) – This returning weekly competition series features rookie boxers who come to Las Vegas to train with legendary trainers Floyd Mayweather Sr., Ruben Guerrero and Yoel Judah. Nine new contenders will compete for a shot at a contract with one of these pros. The season will end with a live prize fight.

“Knockout Live Boxing Specials” (First Special Premieres June 7) – For the first time ever, NuvoTV will broadcast live boxing events under the Knockout brand. The first television event will be a live boxing special during which up-and-coming boxers will face off in the ring, taking place June 7 in Miami.