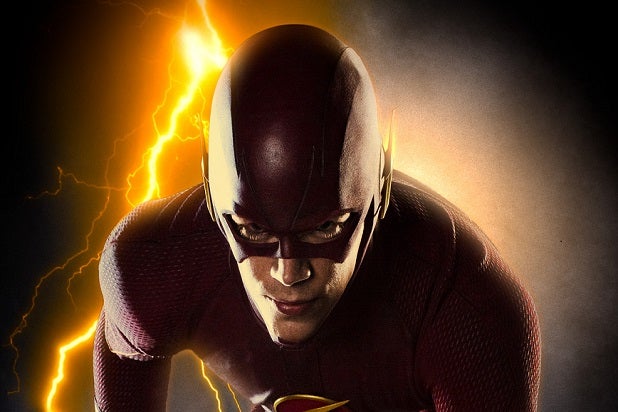 The CW has ordered the four new shows “The Flash,” “Jane the Virgin,” “iZombie” and “The Messengers,” and renewed “The 100,” “Hart of Dixie” and “Beauty and the Beast.”

“Carrie Diaries,” “The Tomorrow People” and “Star-Crossed,” meanwhile, will not be back next season.

“The Flash” is a spinoff of another DC Comics-inspired show, the CW’s successful “Arrow.” The project, from writers Greg Berlanti, Andrew Kreisberg, and Geoff Johns, stars Grant Gustin as Barry Allen, also known as superhero speedster The Flash (pictured). Berlanti and Kreisberg are executive producing, with David Nutter and Melissa Kellner Berman.

“Jane the Virgin,” from writer Jennie Snyder Urman, who is executive producing with Ben Silverman, Gary Pearl and Jorge Granier,  is adapted from a Venezuelan telenovela. It features a hard-working, religious young Latina woman who accidentally becomes artificially inseminated.

“The Messengers” is a sci-fi drama about a group of strangers who try to save the world after a mysterious object crashes to earth. Eoghan O’Donnell, Basil Iwanyk, Kent Kubena, Ava Jamshidi executive produce, and Eoghan O’Donnell wrote the pilot.

Rob Thomas and Diane Ruggiero wrote and are executive producing “iZombie,” about a med student-turned-zombie who takes a job in a coroner’s office to get brains — and starts solving crimes. Danielle Stokdyk also executive produce the show, based on the characters created by Chris Roberson and Michael Allred, and published by DC Comics’ Vertigo imprint.

Here are descriptions of the shows, provided by the CW:

THE MESSENGERS (CBS Television Studios and Thunder Road)
Writer: Eoghan O’Donnell
Producers: Basil Iwanyk, Eoghan O’Donnell, Kent Kubena, Ava Jamshidi
Logline: When a mysterious object crashes down to earth, a group of seemingly unconnected strangers die from the energy pulse, but then awaken to learn that they must prevent the Apocalypse.

iZOMBIE (Rob Thomas Productions, Warner Bros. Television)
Writer: Rob Thomas, Diane Ruggiero
Producers: Rob Thomas, Diane Ruggiero, Danielle Stokdyk, Dan Etheridge
Logline: A med student-turned-zombie takes a job in the coroner’s office to gain access to the brains she must reluctantly eat to maintain her humanity. But with each brain she consumes, she inherits the corpse’s memories. With the help of her medical examiner boss and a police detective, she solves homicide cases in order to quiet the disturbing voices in her head. Based on the characters created by Chris Roberson and Michael Allred, and published by DC Comics’ Vertigo imprint.