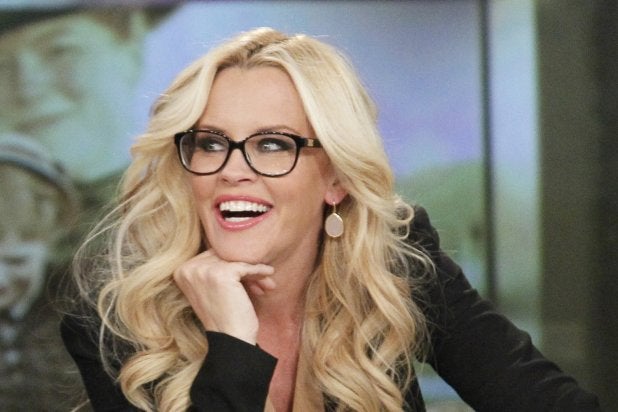 Jenny McCarthy took pen to paper, or better yet keyboard to computer screen, and wrote an op-ed response to her joke alleging that Hillary Clinton may be a lesbian.

Upon reflection, she’d come to the conclusion that it was hypocritical of her to crack a joke like that on “The View” about Clinton, and then preach about female empowerment.

“The topic was Bill Clinton and his alleged mistress nicknamed the ‘Energizer.’ An upcoming book claims this mistress would see Bill on a regular basis and I made the joke that Bill has girlfriends and so does Hillary,” McCarthy wrote in an article for The Chicago Sun-Times’ Splash. “The audience laughed and we moved on.”

Later in the same show, she talked about how women need to look out for one another, which is something she’s very passionate about. It wasn’t until later that night that she realized the hypocrisy of those two moments.

“How could I make a joke like that and then five minutes later preach about female empowerment?” she wrote. “It makes me sad when I see women ripping on other women, and there I was making a joke about our possible first female president!”

McCarthy wrote that she realized she’s no better than the tabloids that have so frustrated her by spreading false stories about her and her family.

“Shame on me,” she wrote. “I am a work in progress. I hope you will be patient with me as I continue to figure myself out and grow to be the example of female empowerment I always intend to be.”