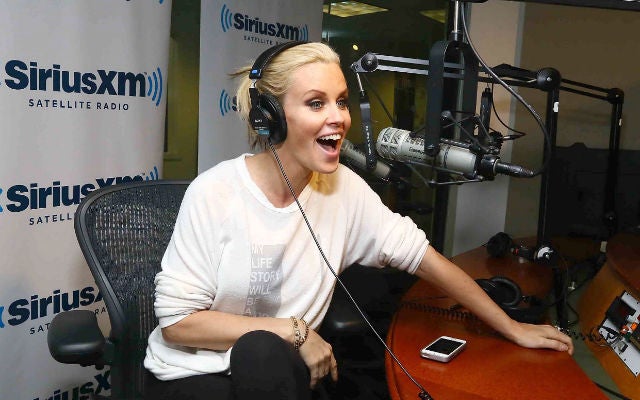 With “The View” returning for Season 18 without her this week, the former co-host — who has her own radio show launching on SiriusXM next month — is explaining yet again why she lost her job on the morning talker.

“Because they wanted to make sure the table was diverse,” McCarthy stated in an interview with “Good Day NY” on Tuesday morning. “So they consider when Rosie was coming back it was too liberal and they wanted a conservative and they wanted a Latina, so they got Rosie Perez and their Elisabeth if you will, so that way it was a balanced table with more diversity.”

McCarthy was questioned about her departure from “The View” by Howard Stern in July but race was not a part of her explanation then, as she told Stern: “If I wanted to stay with Rosie and I was a Republican, I would still be there right now.”

Also read: Jenny McCarthy on Impending ‘View’ Exit: ‘I’m Not Allowed to Be the Best of Me Here’

After one season on “The View,” ABC announced that they would not renew McCarthy’s contract. Fellow co-host Sherri Shepherd also left the show after a seven year run on the program.

McCarthy, 41, said she did not watch Monday’s premiere but clarified that there are no hard feelings between her and “The View.” Meanwhile, she is looking forward to the launch of her own radio show, “Dirty, Sexy, Funny” in October.

“The freedom to say what you want is wonderful,” she revealed.

Also read: ‘The View’ Reviews: Is Rosie O’Donnell Better The Second Time Around or Just Boring?

Watch video of McCarthy’s interview below.