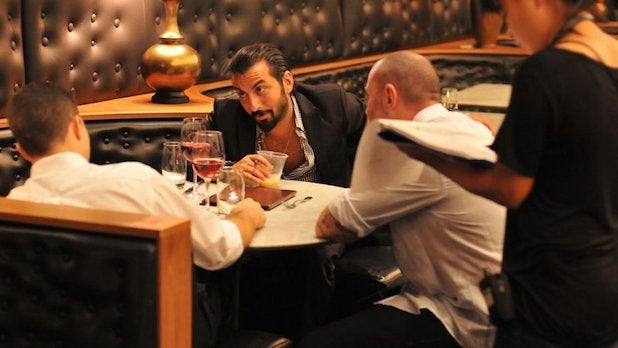 The Orchard has acquired all North American rights to Radar Pictures’ drama “Club Life,” which stars Jerry Ferrara  Jessica Szohr, Robert Davi and Danny A. Abeckaser, the latter of whom also wrote and produced the indie film, the company announced Wednesday from the Toronto International Film Festival.

Fabrizio Conte directed the film, which goes behind the velvet rope of the New York club scene.

Per Melita co-produced alongside Abeckaser, while the film was executive produced by Radar partners Ted Field and Mike Weber, who also represented the domestic sale.

Also read: Jemaine Clement’s Vampire Comedy ‘What We Do In the Shadows’ Gets U.S. Distribution

“Club Life” is the second collaboration between Field and Abeckaser. Loosely based on Abeckaser’s real life experience, the film follows Johnny D. (Ferrara), a young nightlife promoter. In an effort to alleviate a financial burden on his family, Johnny falls under the wing of veteran nightlife lord (Abeckaser). But Johnny’s initial plan of a lucrative business venture quickly turns into much more than he imagined as he uncovers the ultimate glitz and glam of the New York and Las Vegas club scenes.

“I’m thrilled to be working with Radar and The Orchard in releasing the story of a young New York club promoter eager to make his mark on the big scene,” said Abeckaser. “This is a story I’ve wanted to tell for a very long time. With The Orchard’s running slate of films, I knew this passion project of mine would be in very good hands through their distribution.”

“‘Club Life’ is a compelling look into New York’s nightlife that had me hooked from the start,” added Paul Davidson, The Orchard’s  senior VP of film and TV. “We’re excited to bring Danny’s personal story to audiences and think they’ll feel the same.”

The deal was negotiated by The Orchard’s Craig Sussman and Radar’s Field and Weber, who previously served as executive producers on the indie hit “Spring Breakers.”