Karen Sharpe (now Karen Kramer), who starred with Lewis in “The Disorderly Order” (1964), and Hope Holiday, who starred with Lewis in “The Ladies Man” (1961) and is known for parts in “The Apartment,” each accused Lewis of misconduct as part of a documentary short film published in Vanity Fair. The interviews with both women were conducted by Amy Ziering and Kirby Dick, the directors of “Allen v. Farrow,” in conjunction with Vanity Fair. 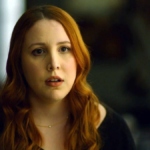 Sharpe said in the documentary short that she was invited to Lewis’ dressing room to discuss a scene and the outfit she would wear in the film when she says, “Before I knew it, he was all over me. He had grabbed me, he began to fondle me.”

Sharpe, now 87, recalls telling him, “I don’t know what you think, but I don’t do this.” She says Lewis was furious at being rejected, and though she wanted to resign from the film, he told her “it’s too late” and she had already signed the contract. She felt being locked into the project was a form of “punishment” and control over her.

“No one was allowed to speak to me on the set or I was to be fired. I was told that my second day on the set,” she said. “He wanted to win in whatever way he could win…Win the girl, win the moment, put me in my place…this is how I punish you.” 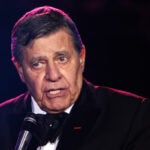 “Next thing I know he’s unzipping his pants, and out comes the mmmm, and next thing he’s jerking off in front of me, and I didn’t know what to do so I just sat there,” Holiday said. “And I wanted to leave so badly, and I wanted to get out of there, and I couldn’t.”

Holiday said she was changed by the experience and was reluctant to go on dates and had other personal problems. And in the documentary she also details a violent rape by a different, unnamed actor in her own home.

The article in Vanity Fair also includes accounts from other writers and producers who came into contact with Lewis throughout the years and described other inappropriate behavior. Watch the film and read the full piece here.