The actress, who won an Oscar earlier this year for “The Eyes of Tammy Faye,” tweeted a photo of her flipping the bird (with both hands) on July 4, with the message, “Happy ‘Independence’ Day from me and my reproductive rights.”

“Men in Black” star Vincent D’Onofrio responded, “I can take Jessica’s back on this.”

Some of Chastain’s followers responded to her post by sharing photos of themselves with their own raised middle fingers, or with memes like: “I’m with her. Her body, her choice, her rights,” and “Due to a shortage of actual independence, July 4th has been moved to November 8th this year.” 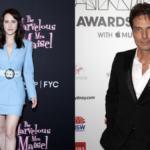 Other reactions were mixed.

“Is all that negativity necessary?” one user responded.

Another tweeted, “I wish people would not use today to denounce the America we (unfortunately) have at the moment, and instead declare their commitment to the America of our ideals and a future without the imposition of an unelected tribunal.”

On June 30, Chastain tweeted that the loss of federally-supported reproductive rights is changing the way she approaches her career. 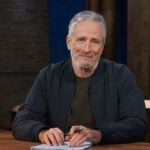 “This idea of reminding us what it is like when one group loses their rights – it’s a trickle-down effect. It affects everyone, and so I think the stories I start looking at will have to deal with that. In some sense, we’ve taken for granted this idea, of being able to live a life free of violence and someone else making decisions about your welfare, your safety,” she shared at the time.