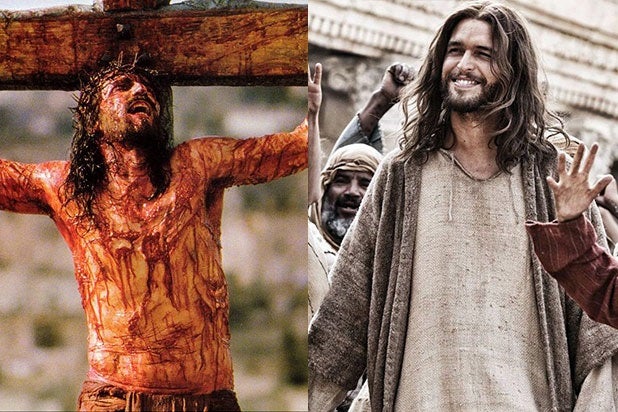 The bible saga “Son of God” will be “the antidote to the poison that ‘Passion of the Christ’ became,” Anti-Defamation League National Director Abraham Foxman told TheWrap Tuesday.

“It’s almost a disservice to ‘Son of God’ to compare the two,” he said. Mark Burnett and Roma Downey‘s pared-down version of the History channel miniseries “The Bible” opens nationwide Friday on roughly 3,000 screens Friday.

It’s been 10 years to the day since “Passion of the Christ” debuted, and it’s still the highest-grossing R-rated movie ever. But it’s remembered as much for the charges of anti-Semitism, excessive violence and prerelease controversy as it is for its $370 million box-office haul.

“Gibson bloodied the Jews by portraying them as such villains,” said Foxman. He was among the Jewish leaders who a decade ago spoke out bitterly against Gibson’s brutal recounting of Christ’s crucifixion, saying its depiction of sadistic Pharisees and stereotypical characters fanned the flames of hatred against Jews.

But he has no problem with “Son of God.”

“The story of the crucifixion and the way it has been used through the centuries has never been good for the Jews,” he said.

“Having said that, ‘Son of God’ is the most sensitive, caring depiction of the story of Jesus that I have ever seen. The producers have done everything possible to put the events into historical, political and psychological context.”

Foxman (photo left) said that he thought “Son of God” could replace “Passion of the Christ” as the go-to movie for films about the life and death of Christ.

“It’s not perfect, but it’s done with the proper sensitivity and perspective and I would hope that for future generations, ‘Son of God’ will be the vehicle used to teach that part of history,” he said.

Foxman said that his organization met with Downey and Burnett and provided each other with “mutual guidance.”

“After ‘The Bible’ came out, we reached out and talked thr0ugh the issues that could be hurtful or painful,” said Foxman. “We didn’t agree on everything, but it was clear there was respect on both sides.”

The ADL is even sponsoring a dinner honoring Burnett and Downey on May 8.

Foxman said that while it felt funny for him to endorse a film about the crucifixion, “in this context I said yes, absolutely.”

The love fest between the “Son of God” producers and the ADL is in stark contrast to the approach Gibson took with the “Passion,” which was controversial for months before its release. The director failed to reach out to Jewish leaders when the film was coming together, and Gibson came under blistering fire while he was taking a renegade approach to getting it into theaters.

When no studio stepped up to finance the project — an explicitly brutal retelling of Christ’s final 12 hours told in ancient Aramaic and Latin with no stars — Gibson bankrolled the $30 million production budget himself.

He directed and co-wrote “The Passion,” which was filmed in Italy and stars Jim Cavaziel as Christ. Fox, which had a deal with Gibson’s Icon Productions at the time, passed on distributing the film because of the complaints about its perceived anti-Semitism and excessive violence. So Gibson released it himself on Ash Wednesday, 2004.

The critics focused more on the brutality. Roger Ebert gave it four out of four stars, but called it the most violent film he’d ever seen. Slate’s David Edelstein called it a “two-hour snuff film” and “the Jesus Chainsaw Massacre.”

But with conservative Christian leaders across the nation urging their flocks to turn out, “The Passion of the Christ” brought in $83 million in its first weekend, despite the criticism and protests at theaters.

The film went on to take in more than $611 million worldwide.