Just before John F. Kennedy became president, he had an affair with a 20-year-old student at Radcliffe College. Sunday, more than six decades later, she made her story public and considers the “loaded words” in this #MeToo era: “consent, choice, abuse.”

In a new retrospective published in former Vanity Fair editor Graydon Carter’s Air Mail News, Diana de Vegh recounts meeting Kennedy on the campaign trail when she was a junior at the women’s liberal arts college. She describes being immediately taken with the then-Senator from Massachusetts, and having those feelings reciprocated.

As the relationship went on, de Vegh said she slowly started to realize she was deliberately being made “inconspicuous” at events they both attended. “I didn’t realize then that I’d simply been netted, separated from the other students, who might have offered some emotional ballast in this situation. It wasn’t just he who paid attention to me; I was entirely surrounded by his circle.”

Now, she describes the affair as nothing more than an abuse of power and surface-level attraction. 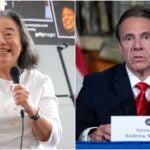 “What could I have been thinking?” she wondered. “Obviously, I wasn’t thinking. I was feeling, in full movie-star-infatuation mode. Only this movie star was a worldly actor who was going to make everything different. And I would be part of it, carried along in the wake of his power.”

Then the flirtation changed. “In this apartment, something different. He was leaning toward me, with such a sincere gaze,” de Vegh remembered. “Yes, I knew how he felt about me. How could I doubt this moment of such profound connection? This was love, for sure. And … now, it was sex, for sure.”

The #MeToo era has de Vegh looking back at that time with JFK, thinking about three things: consent, choice, abuse.

“Does it have to be abuse if an older man enchants a younger woman? What if this particular young woman longed to be enchanted? I was past the age of consent. Could it, should it, have occurred to him that at twice my age there might be a power differential?” she asks herself. “For a Great Man, he was still in the throes of the male mythology of his time: see pretty young woman, have pretty young woman.” 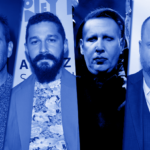 Also Read:
3 Years After #MeToo, Hollywood Grapples With a New Crop of Accusations

“It took me years to recover from my relationship with Kennedy, and almost as many years to finally write this. So why now? It’s a question I ask my clients,” de Vegh, now a psychotherapist in New York, said. “#MeToo has provided a specific context for needed re-evaluation. Then there is the broader context of a world still obsessed with stargazing. Inequality and idealization as the component parts of celebrity glamour. The hovering promise: This, too, could be yours.”

Today, de Vegh is hoping to use her story to help other young women. “I listen to be of service, to help people see and understand themselves in all the ways I was once too frightened to do,” she said.