The mere idea of a center to help reform terrorists will already anger certain segments of the population, so a documentary about it should absolutely piss them off. For those open to finding out why some individuals turned to terrorism, “Jihad Rehab” will be riveting viewing.

To get to that point, however, requires an open mind, and for American viewers, in particular, to let go of what they think they know about Al Qaeda and other similar factions. Given the emotional toll of 9/11 that still hangs over this country, that’s a big ask. Knowing that filmmaker Meg Smaker, who wrote and directed “Jihad Rehab,” is a former firefighter herself might help ease doubts regarding her motivation.

It’s a story, however, that cannot be told without talking about the United States, particularly the Guantanamo Bay detention camp where the men interviewed were held — not for a few hours, a few days or even a couple of years, but for as many as 15 years (and typically no less than a decade) without any charges filed against them. Because Nadir, Mohammed and Ali — the key focal points in the documentary — are now all grown men, mostly in their 40s, it will be hard for some to remember that these men were were in their late teens and early-to-mid-20s when the crimes of which they are accused occurred. 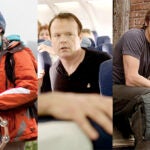 Some viewers might see them as monsters and won’t care how they got there. Smaker cares enough to risk telling this story, one that veers far off the American script regarding anything or anyone associated with Osama Bin Laden, Al Qaeda or the Taliban.

Smaker in no way presents these men as innocent. What she does do, however, is provide the context in which they came to their crimes. Ali was practically born into his: As the younger brother of a key terrorist, he was pushed into actions of which he was not fully aware and, later, tagged guilty by association. Whether Smaker intends it or not, it is nearly impossible to watch “Jihad Rehab” without comparing the motivations that led these men to join terrorist groups at young ages and those that lead young Americans to join gangs or even the military. Root causes like poverty and disenfranchisement, it turns out, are major factors, all around the world. 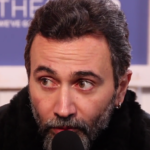 Also Read:
How ‘Of Fathers and Sons’ Director Gained Trust of a Jihadist Family (Video)

The bulk of the documentary unfolds at the Mohammed Bin Naif Center, where the men have arrived through a Saudi-American arms deal in which the Saudi leadership agreed to take them. Somehow, a belief emerged that they and other men like them could be reformed, and they were put through an extensive program that attempted to teach them how to handle finance, court women, engage with those who disagree with them without resorting to violence, and other life skills. It’s an interesting project whose goals parallel American debates about other kinds of rehabilitation efforts.

As the men go about reclaiming their lives, however, politics get in the way. Changes in leadership, “Jihad Rebab” shows, have very real consequences as the road to redemption encounters very serious roadblocks, eventually producing conflicting feelings. Should men who admit to making bombs that killed innocent people even get a second chance? Is redemption possible, and are any of these men even worthy of it?

How Smaker even gets to these questions, or this story even, is remarkable in itself. As a young adult who lived in Afghanistan and later Yemen (where she learned the language), she found herself uniquely positioned to tell this story. Her backdoor connections, she admits in the film’s production notes, got her access that was denied to other far more powerful entities. Because she spoke the language, she was able to form a connection with many of these men, which allowed them to open up. It’s a portrait we have rarely, if ever, seen from an American filmmaker who shares no ethnic or religious connection to their subjects.

It’s hard to overstate the power of Smaker’s debut documentary. Americans, in particular, are rarely presented with viewing options asking them to dig deeper when it comes to discussing terrorism from this region of the world, and so there’s bound to be criticism. For those open to in-depth conversations about how we can truly identify, and perhaps even solve, the key problems behind this never-ending cycle of violence, “Jihad Rehab” will be a revelation.