When recapping the coverage of the alleged saga of a friend of Nicki Minaj’s cousin whose testicles, the rapper said, swelled after he was vaccinated against COVID-19, CNN’s Jim Acosta got punny.

“No doubt about it: Over on Fox this week, it got a little nuts,” he quipped on Sunday before showing some of the segments Fox News devoted to Minaj’s dubious claim.

Indeed, for days following Minaj’s Monday proclamation about the fate of her cousin’s friend’s private parts, Fox News did cover her tweets and their associated fallout, with hosts like Tucker Carlson saying the criticism of the music star was proof that Americans aren’t allowed to share skepticism or ask questions about the vaccine. 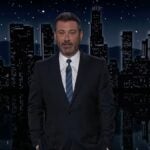 “Carlson latched onto the tweet and proceeded to spread more paranoia about getting the shot,” said Acosta, during his “CNN Newsroom” this week, before tossing out another double entendre. “Such a sad sack.”

During his own appearance on CNN earlier this week, Dr. Anthony Fauci, the nation’s top infectious disease expert, dispelled the story of Minaj’s cousin’s friend. He said he was “not blaming [Minaj] for anything, but she should be thinking twice about propagating information that really has no basis except a one-off anecdote.”

Acosta said vaccine skeptics on the right of the political spectrum “don’t have the balls” to tell the truth: “If you just get the vaccine. You’re protected. That’s it. If everybody gets on board, the pandemic can finally end.”

From there, he went after Republican lawmakers for their messaging on the vaccine, too. Watch above, via CNN.