Ahead of Tuesday’s Oscar nominations, “The Tonight Show” host Jimmy Fallon had one major prediction for the list: “Top Gun: Maverick.”

Fallon joked Monday that if the Tom Cruise sequel earned a nomination for best picture, it would be a momentous occasion — but more so for average moviegoers. Obviously, taping his show well ahead of the announcements, Fallon couldn’t know for sure who would get nominated, but his hopes for Paramount’s gravity-defying blockbuster came true. 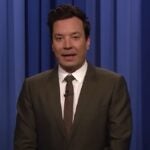 Also Read:
Fallon Says Biden’s About to Reveal ‘Another 100 Documents Stashed in the Pool House’ After Unaffected Approval Rating (Video)

“Apparently, ‘Top Gun: Maverick’ is expected to be nominated for Best Picture, marking the first time in a decade people have said, ‘Oh my god, I’ve seen one!'” Fallon joked.

Indeed, the sequel did score a best picture nomination on Tuesday, along with five other nominations. Unfortunately, a best actor nod for Tom Cruise was not among them. You can check out the full list of nominations here.

You can watch Fallon’s full “Tonight Show” monologue in the video above. 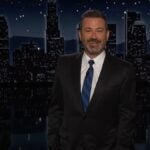 Also Read:
Kimmel Says Trump’s Speech at Diamond’s Funeral Was ‘More of a Me-Logy Than a Eulogy’ (Video)
x