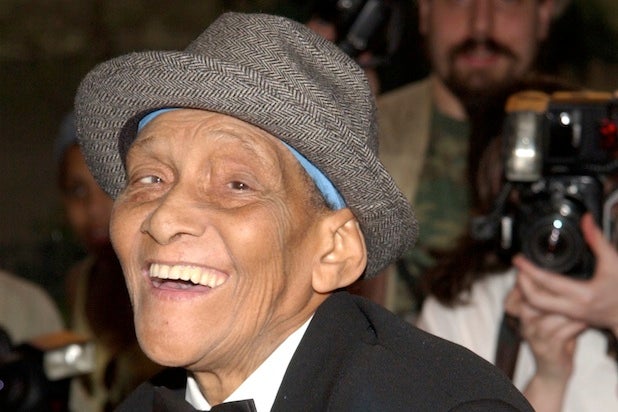 Jimmy Scott, a gifted jazz singer who spent most of his career in relative obscurity but was known to devoted fans and other musicians as one of the most singular and striking vocalists in history, has died at the age of 88.

Scott died in his sleep at his home in Las Vegas, according to his wife Jeanie Scott.

With a fragile, ethereal voice and an idiosyncratic sense of timing that found him consistently signing well behind the beat, Scott was a wholly distinctive talent whose admirers included Quincy Jones, who he roomed with while singing with the Lionel Hampton Band in the 1950s; Ray Charles, who produced an album for Scott that went largely unreleased because of legal problems; David Lynch, who put Scott in the final episode of his classic TV series “Twin Peaks”; and Lou Reed, who used Scott on an album and tour in 1992, and said at the time, “It is one of the pleasures of my life to perform with Jimmy Scott.”

His fans also include Madonna, Sting, Axl Rose and Bill Cosby, who once based an entire episode of his television series “The Cosby Show” around a song of Scott’s.

In a tweet after his death, Bette Midler wrote, “His beautiful voice has been stilled but his music will live on and on.”

But his career never made him a star commensurate with his talent, and he spent decades unable to make a living as a singer before enjoying a renaissance in his 60s. The New York Times called him “perhaps the most unjustly ignored American singer of the 20th century.”

Scott was born in 1925 and had the genetic condition Kallmann’s syndrome, which essentially kept him from going through puberty. His voice was initially high and effeminate, though it roughened in later years; one of his early appearances, on the Charlie Parker album “One Night in Birdland,” was mistakenly credited on the record label to female singer Chubby Newsome.

He was originally dubbed “Little Jimmy Scott” by Lionel Hampton because of a diminutive stature that didn’t change until he suddenly grew from under five feet to 5’7” in his late 30s.

Scott’s first records with Hampton included the hit “Everybody’s Somebody’s Fool,” and influenced singers like Dinah Washington and Frankie Valli. But he wasn’t credited on the Hampton hit, and his own records sold poorly. An onerous deal with Savoy Records helped kill the release of “Falling in Love Is Wonderful,” a classic 1962 album he recorded for Ray Charles’ Tangerine Records label.

Although he was a cult favorite and was highly regarded by other musicians, Scott’s career stalled in the ’60s, and he disappeared for decades, moving back to his native Cleveland and working menial jobs.

Legendary songwriter and producer Doc Pomus rediscovered Scott in the 1980s and was determined to resurrect the singer’s career – a feat he accomplished, sadly, when Scott sang at Pomus’ 1991 funeral and was signed by a record executive in attendance, Sire’s Seymour Stein.

Scott’s Sire debut,  “All the Way” received rave reviews and a Grammy nomination, and he subsequently sang at Bill Clinton’s presidential inauguration – 40 years after he’d done the same thing at Dwight Eisenhower’s.

Since then he made several more albums, performed with David Byrne, Michael Stipe, Pink Martini and Antony & the Johnsons, among others.

An icon among a devoted group of jazz and R&B aficionados, Scott performed in a highly theatrical, dramatic and idiosyncratic style, stretching out single syllables over several bars and sometimes falling so far behind the beat that you wondered how he could ever catch up. He was the consummate ballad singer, wringing more sadness out of single words than most singers got out of entire songs.

He received the NEA Jazz Master Award in 2007, as well as the Kennedy Center’s “Jazz in Our Time” Living Legend Award.  He is the subject of a documentary film, “Jimmy Scott: If You Only Knew,” and David Ritz’s 2002 biography, “Faith in Time: The Life of Jimmy Scott.”

Here is a Scott performance of “Time After Time”: