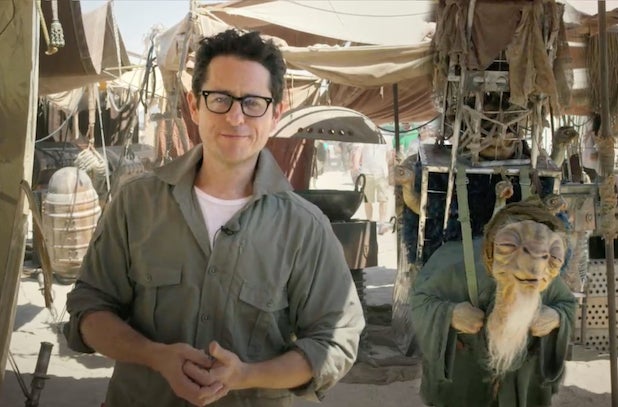 Such is the new philosophy of J.J. Abrams, apparently, who is normally amongst the most secretive filmmakers in the industry. With the leak of “Star Wars Episode VII” photos (published by TMZ) from the set in London seemingly indicating that the film will contain some version of Han Solo’s famed Millennium Falcon, Abrams decided to have some fun — and give a rare concession to fans — in a note he posted on Twitter that requested the leaker to stop ruining his surprises.

After all, Abrams subscribes to the “Mystery Box” theory of entertainment, which means keeping ever-nosier fans in the dark about what the details of his movies and shows until the very last moment; see: Khan in last year’s “Star Trek into Darkness.” Some “Star Wars” spoilers can serve to get the fans pumped (yes, even more than they’ve already been), but there are probably aspects that Abrams would bury someone on Tatooine for showing to the public.