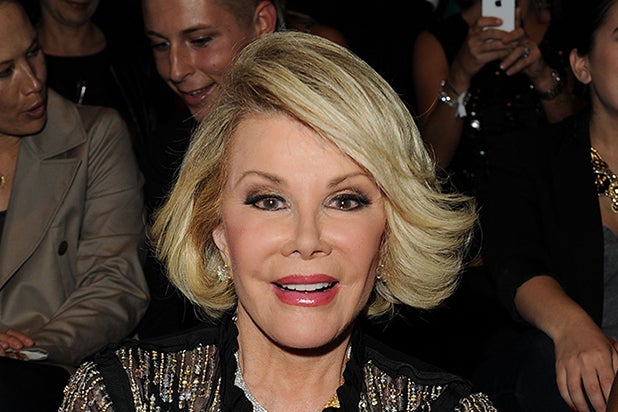 The New York clinic that treated Joan Rivers has corrected problems found by an accreditation association shortly after the comedienne’s death, an individual with knowledge of the situation told TheWrap on Thursday.

The American Association for Accreditation of Ambulatory Surgery Facilities (AAAASF) investigated Yorkville Endoscopy and found multiple “deficiencies” earlier this month, prompting it to declare the clinic in “immediate jeopardy” and placed it on “emergency suspension,” according to a letter obtained by CNN. However, the clinic remained open during the investigation.

An insider tells TheWrap the issues outlined in the early September letter were resolved quickly and that there was minimal disruption in service. Although it was not immediately known what those issues were.

The AAAASF has no power to close Yorkville Endoscopy’s doors — only the state of New York has that authority.

Also read: Joan Rivers Doctor Out at Clinic After Her Death

“Yorkville Endoscopy continues to maintain its federal, state and Quad A (AAAASF) authorization to be operational and provide patient care,” a representative from the clinic told .