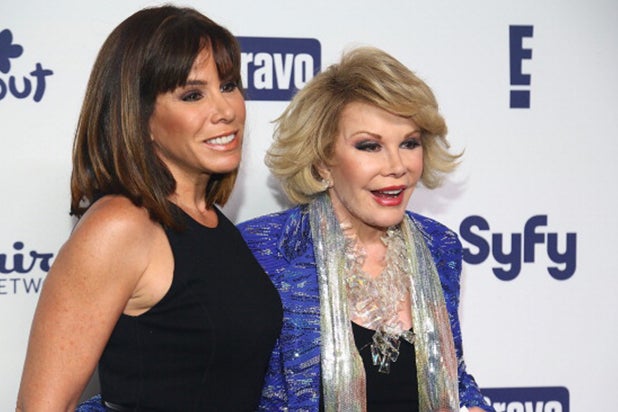 Joan Rivers‘ daughter Melissa Rivers has released a new statement thanking fans for their support after her mother’s death.

“As my son Cooper and I mourn the loss of my mother, we want to thank everyone for the beautiful cards and flowers conveying heartfelt messages and condolences, which continue to arrive from around the world and through social media,” the actress and talk show host posted to Joan Rivers’ official Facebook page on Wednesday. “My mother would have been overwhelmed by the scope and depth of the love that people have expressed for her. It is certainly helping to lift our spirits during this time.”

Rivers died Thursday, Sept. 4 following complications from throat surgery. She was rushed to Mount Sinai Hospital in New York on Aug. 28 and had been on life support. Rivers’ friends and family sent her off with a star-studded funeral featuring Howard Stern eulogizing the comedienne in front of guests including Sarah Jessica Parker, Kathy Griffin and Rosie O’Donnell.

An autopsy on the comedy legend has been completed, but the results did not yield a firm cause or manner of death, a spokeswoman for the New York Medical Examiner’s Office told TheWrap.

“We are forever grateful for your kindness and support in continuing to honor my mother’s legacy,” Rivers concluded. “And for remembering the joy and laughter that she brought to so many.”