Despite their broad appeal, Joanna and Chip Gaines have not been immune to criticism about their inclusiveness. The former stars of the HGTV show “Fixer Upper,” and scions of the new streaming channel Magnolia Network, expressed frustration in a new interview at the accusations of racism and homophobia that get lobbed against them.

“Sometimes I’m like, ‘Can I just make a statement?'” Joanna told the Hollywood Reporter. “The accusations that get thrown at you, like you’re a racist or you don’t like people in the LGBTQ community, that’s the stuff that really eats my lunch — because it’s so far from who we really are. That’s the stuff that keeps me up.”

In the past, even though the couple has been linked to several associates who have espoused racist or homophobic ideologies, they have remained silent, preferring to stay neutral about controversial matters. It was pointed out in the past that “Fixer Upper” never included same-sex couples on its show and in 2016, the Gaines held an on-camera interview with a pastor known for making anti-LGBTQ comments. A few months ago, the Dallas Morning News reported that the two made a $1,000 donation to a school board campaign for Chip’s sister shortly before she announced her opposition to critical race theory. 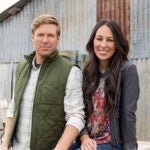 However, the Gaineses insist that they are working to include more diversity in their own projects.

“As an American white male, it’s hard to be perfectly diverse,” Chip said. “In our own company, we’ve got nearly 700 employees, and one of our biggest passions is making this group represent all people.”

The couple also discussed their challenges living as a mixed-race family, and in light of the violence against Asian Americans as of late, Joanna has spoken out about growing up as a biracial child and encountering racist individuals in Kansas and Texas.

“My mom is so tough, but with one look or comment, I would just see her shut down,” she recalled. “That’s why she didn’t know how to help me when I would come home and say, ‘So-and-so called me this.’ It was also happening to her. Growing up as half-Asian, half-Caucasian, I get what that feels like to not be accepted and to not be loved. That’s the last thing I want anyone to ever feel.” 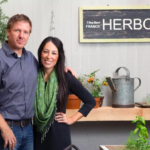 In the wake of the murder of George Floyd, the Gaines family appeared on former NFL player Emmanuel Acho’s online series “Uncomfortable Conversations With a Black Man” in June 2020. They held a candid conversation with the athlete about the difficulties of struggling to raise an accepting family among racism in modern society.

The entire experience has encouraged Joanna to distance herself from the internet, though she said she is aware of social media’s double-edged sword for those who depend on it. 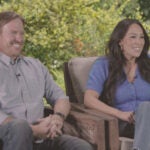 Also Read:
Why Chip and Joanna Gaines Took a Year Off From Being TV Stars (Video)
x