Joanne Froggatt plays a woman battling to regain control of her life from an abusive relationship in the trailer for Spectrum Original series “Angela Black,” which TheWrap can exclusively reveal. (Watch it above)

Premiering Feb. 7, with all six episodes available on-demand, free and without ads on the platform, the series stars the “Downton Abbey” actress as Angela opposite “Game of Thrones” alum Michiel Huisman, who plays her husband, Olivier, and Samuel Adewunmi (“The Last Tree”) who plays a private detective who upends her world.

Here’s the official logline for the series: “Angela’s life appears idyllic: a lovely house in suburban London, days working volunteer shifts at a dog shelter, two beautiful sons and a charming, hard-working husband – Olivier. However, beneath this façade of charmed domesticity, Angela is a victim of domestic violence. Olivier is controlling and brutal; but Angela loves him and he’s the father of her children. She covers her bruises with make- up and fabricates lies to explain away her missing teeth. Until, one day, Angela is approached by Ed – a Private Investigator – and he smashes her already strained domestic life to pieces. Ed reveals Olivier’s deepest secrets to Angela, and she is faced with horrifying truths about her husband and his betrayals being forced to take matters into her own hands.” 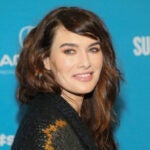 Harry and Jack Williams (“The Missing,” “Fleabag”) wrote the series.

“From the moment I first read Jack and Harry’s poignant and timely script, I was passionate about playing Angela,” Froggatt said in a statement. “Not only have the William’s brothers written a brilliant, edge of your seat thriller but also a story with so much heart that I know will connect with many. I feel very honored to have played Angela and I’m thrilled to be able to share ‘Angela Black’ with viewers in the US on Spectrum.”

“Angela Black” is a Two Brothers Pictures (an All3Media company) production. The Williams brothers are executive producers on the series along with Two Brothers Pictures head of drama, Christopher Aird (“Baptiste,” ”Liar,” “Clique:) and Sarah Hammond (“Fleabag,” ”Back to Life”). Natasha Romaniuk (“Fleabag,” “The Split” Season 2) is also a producer on the series. Craig Viveiros (“Rillington Place,” “And Then There Were None”) directed the episodes.

The series was commissioned in the U.K. by ITV and Spectrum in the U.S. 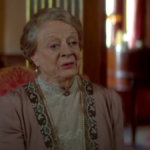 Also Read:
‘Downton Abbey: A New Era’ Teaser – Violet’s ‘Mysterious Past’ Leads the Crawleys to the South of France (Video)