President Joe Biden got testy with the press on Wednesday after being asked about his meeting with Russian President Vladimir Putin, demanding to know what reporters “do all the time” and suggesting they were “in the wrong business.” He later apologized.

While in Geneva, Switzerland, where Biden and Putin met earlier in the day, CNN’s Kaitlan Collins asked, “Why are you so confident he will change his behavior, Mr. President?”

“I’m not confident I’m going to change his behavior,” Biden, who was walking away but turned around to approach the press, responded. “What the hell? What do you do all the time? When did I say I was confident? I said… I said… what I said was… Let’s get it straight: I said what will change their behavior is if the rest of the world reacts to them and it diminishes their standing in the world. I’m not confident of anything; I’m just stating a fact.” 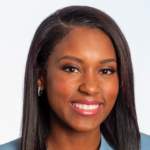 Collins persisted, asking, “Given his past behavior has not changed, and in that press conference, after sitting down with you for several hours, he denied any involvement in cyberattacks, he downplayed human rights abuses, he even refused to say Alexei Navalny’s name. So how does that amount to a constructive meeting, as President Putin framed it?”

“If you don’t understand that, you’re in the wrong business,” Biden replied as he turned to leave. A short time later, he apologized to Collins and said he shouldn’t have been such a “wise guy.”

Following the meeting of the two presidents on Wednesday, Putin did appear for a press conference, where he was asked about Russian cyberattacks and what he’s “so afraid of” given that his political opponents consistently wind up dead or in jail.