One of the cornerstones of modern film business, the 1948 Supreme Court case that prevented movie studios from owning theaters, should be junked to allow Hollywood to move into the digital age, said producer and studio executive Joe Roth on Monday.

Speaking at the kickoff to the Variety Entertainment and Technology Summit, which coincided with the first day of the Digital Hollywood conference in Santa Monica, Roth lobbied for a challenge to the so-called “consent decree,” Hollywood’s response to a ruling that Paramount Pictures was in violation of antitrust laws by owning the production, distribution and exhibition of films.

“It’s 60 years old, and it makes no sense whatsoever,” said Roth during the keynote interview that opened the summit. When moderator Steven Gaydos pointed out the unlikelihood of anyone in Hollywood mounting a serious challenge, Roth said, “Someone has to have the will to challenge that.” 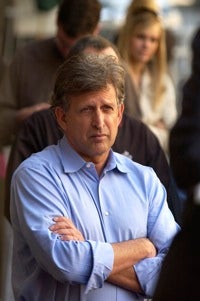 Roth, the founder of Revolution Studios and one of the producers of Tim Burton’s “Alice in Wonderland,” said that the decree was “the only thing” preventing the efficient use of shorter windows between theatrical and home video release.

“If 92 percent of the gross of a movie comes in the first four weeks, wouldn’t it make sense for [a studio] to put out a movie and say, after four weeks, ‘We’re moving this to DVD?’” he asked.

One advantage of the shorter window, he added, was the ability of studios to “sell the first two phases of a movie, the movie and the DVD, in one marketing campaign.”

The consent decree was a response to United States v. Paramount Pictures, Inc., 334 US 131, which resulted from a Federal Trade Commission investigation into film industry violations of the Sherman Antitrust Act.

The decision is still considered a landmark case dealing with “vertical integration” in business.