Joe Turkel, a prolific actor who appeared in “The Shining” and “Blade Runner” and boasted more than 100 credits to his name, has died at 94 at St. John’s Hospital in Santa Monica, California.

Turkel was a frequent performer in Stanley Kubrick films; in addition to the seminal 1980 horror flick, he acted in 1956’s “The Killing” and “Paths of Glory” a year later. In “The Shining,” he played the ghoulish bartender named Lloyd at the hotel, opposite star Jack Nicholson. Two years later, he embodied another sinister persona as the eccentric replicant founder Eldon Tyrell in the original “Blade Runner.”

A Brooklyn, New York native, he was born on July 15, 1927. He joined the U.S. Army at age of 17, serving in Europe during World War II. Afterward, he moved to California to pursue acting, and landed his first film credit with “City Across the River” in 1948. 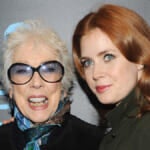 “So sad to share that great friend and client Joe Turkel has passed away. Joe was a lightning bolt and he was very passionate to talk about films, baseball and life. Every time we spoke he was quick to crack a bad joke and make me laugh,” his manager Chris Carbaugh said in a statement to TheWrap.

“He was very proud of being the only actor to do 3 Stanley Kubrick films and loved to share his experiences with family, friends and fans. He was an old Brooklyn boy and loved seeing his brother, 2 sons and grand kids. I will always appreciate the time we got to spend with this legend. Your money is no good here Mr. Turkel…you will ALWAYS be more human than human,” Carbaugh added, referencing the famed Tyrell motto from “Blade Runner.”

Over the course of the 40 years, Turkel appeared in notable films such as “King Rat,” “The Sand Pebbles,” “The St. Valentine’s Day Massacre” and his final film, in 1990, “The Dark Side of the Moon.” He also appeared in three of filmmaker Bert I. Gordon’s films: “Tormented,” “The Boy and the Pirates” and “Village of the Giants.” 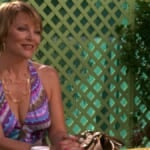 His last credit before retiring was a voice role in a 1997 “Blade Runner” video game spin-off. Prior to his death, Turkel finished a memoir titled “The Misery of Success,” which is set to publish this year.