Walsh told “New Day” host John Berman, “Why don’t more conservatives say [‘Black Lives Matter’] yet? Because they’re in this sea of disinformation and conspiracy that doesn’t allow them to. They’ve got people like Hannity and Tucker Carlson riling them up every day, John. I used to be in that business, conservative talk radio. It’s all about pissing off your audience and that’s what Tucker and Hannity and all the rest of them do. It’s a real problem for the whole country.”

On Wednesday, Walsh tweeted his support for a statement by former President Barack Obama in reaction to the guilty murder verdict handed down to Derek Chauvin, the former Minneapolis police officer who killed George Floyd. Obama’s statement noted that Black Americans, like Floyd, are “treated differently” in the U.S. than white people, and Walsh told his 310,000 Twitter followers that while he would have “reflexively railed against” the former president for saying such a thing eight years ago, he’s now grateful for the Democrat’s perspective. 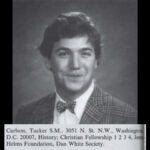 Walsh told Berman on Thursday, “I’ve learned. I’ve opened my eyes. I was mistaken. I listened to Black Americans and I understand why it’s important to say ‘Black Lives Matter.'”

From there, the one-time Tea Party firebrand segued into his criticism of Hannity and Carlson, who regularly face calls for boycotts based on the same issues Walsh has with them. On Wednesday, the same day Walsh praised Obama’s statement, Politico Magazine published an opinion piece looking into those calls for boycotts. The author of the piece, media writer Jack Shafer, was not convinced a boycott would ever knock Carlson from Fox News’ primetime lineup: “As long as he maintains his audience (his show is consistently one of the most-watched on cable) and avoids the sort of legal trouble that destroyed Bill O’Reilly’s reputation, Carlson is all but cancel-proof.”

Walsh made that point himself in Thursday morning’s CNN hit when he went after Carlson and Hannity, noting that they are “riling” up a specific and faithful audience. In the past, much of Walsh’s public commentary on what he thinks is wrong with the current Republican party — specifically, the rise of Donald Trump — centered on the role media leaders like himself “played in putting an unfit conman in the White House,” but didn’t fully shift to examine the willingness of the audience to listen to them.