Picked up straight-to-series back in March, the series stars Rudolph as Molly, a woman whose seemingly perfect life is upended after her husband leaves her with nothing but $87 billion. 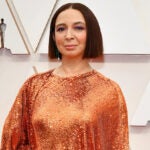 Alan Yang (“Little America,” “Master of None”) and Matt Hubbard (“30 Rock,” “Forever”) are co-creators, writers and executive producers on the series.