John Korty, an Oscar- and Emmy-winning director and documentarian known for his films “Who Are the DeBolts?” and “Where Did They Get Nineteen Kids?” and “The Autobiography of Miss Jane Pittman,” has died. He was 85.

Korty’s death was first reported by the Marin Independent Journal, which said that he died in his home in Marin County, California, on March 9.

A filmmaker who straddled the line between independent films and mainstream narrative work, Korty started his career in animation in the early 1950s. While still in school in Antioch, Ohio, he experimented with new techniques for animation that he would use in television spots. In 1964, he even developed an animated documentary short film called “Breaking the Habit” that was sponsored by the American Cancer Society about the dangers of smoking, and the spot went on to receive an Oscar nomination. 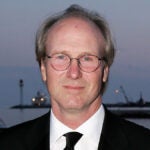 While he won his Oscar for the 1977 independent documentary film “Who Are the DeBolts?” a movie about a family and their 19 adopted children who were primarily disabled war orphans, Korty also had some success in the studio space. He directed the 1978 romance “Oliver’s Story” and also the acclaimed animated feature “Twice Upon a Time,” which was produced by George Lucas. He also worked as a cinematographer, producer and writer on films such as “Riverrun,” “Funnyman” and “The Crazy Quilt.”

Korty won his Emmy for “The Autobiography of Miss Jane Pittman,” a 1974 TV movie based on a 19071 novel that starred Cecily Tyson as a 110-year-old woman and former slave living through the 1960s civil rights movement. He would direct other TV movies, such as “Go Ask Alice” and “A Christmas Without Snow” and even directed a “Star Wars” spinoff film called “Caravan of Courage: An Ewok Adventure.” 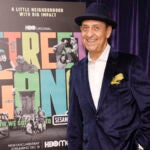 Some of Korty’s other animated shorts found their way onto “Sesame Street” through the years — making use of his backlit, cutout animation technique known as Luminous Image, or what he called Lumage.

Korty’s son Gabriel told the Marin Independent Journal that his father was “very committed to his work” and saw him as ahead of his time as a filmmaker.

“He was kind of forward thinking, and creative from such an early age,” the younger Korty said.