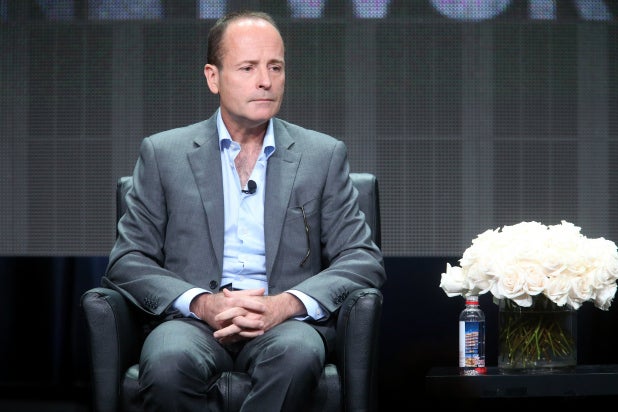 speaks onstage during the 'AHS: Hotel' panel discussion at the FX portion of the 2015 Summer TCA Tour at The Beverly Hilton Hotel on August 7, 2015 in Beverly Hills, California.

John Landgraf still thinks there is “too much TV,” a bold claim he made last summer at the Television Critics Association press junket — he just doesn’t think it’s solely his argument anymore.

“It’s no longer my debate, it’s a debate in the culture,” Landgraf told TheWrap Saturday during his winter TCA executive session.

But that doesn’t mean the FX CEO doesn’t have a lot to say about all this still-growing television production in 2016.

“There’s something a little wonky,” he said. “If you really dug under the economics of every business making unscripted television shows and every show itself … they wouldn’t all be profitable. There are more shows being made that can be sustained economically.”

“A lot of people made a lot of money buying Netflix stock … but it doesn’t make any significant amount of profit,” Landgraf told us. “Something’s got to give eventually in that regard.”

More generally, Landgraf opined: “From a business standpoint — and increasingly from a consumer standpoint — it’s harder to launch shows, and I think it’s harder for consumers to see good shows.”

That said, from a critical standpoint, the FX Networks and FX Productions boss did admit that more TV can beget better TV. So, that’s a plus. Unfortunately, no one has the time to watch all of it. Hell, his brainy Research team can’t even really count it properly anymore.

“Counting television series is like counting lemmings,” Landgraf said about missing a few when they summed it all up this summer. “Hopefully they won’t all run off a cliff and plunge to their deaths in the ocean.”

Reiterating his standpoint from the warmer months, Landgraf doubled-down on his belief that “content creation is in an economic bubble.” And he still believes that 2016 will be the one of “peak TV” — with more series than 2015, and fewer filling out 2017 — but Landgraf admitted that he could be a bit off on that timing. We’ll see.

“In the late stages of a bubble you see this kind of desperate scrum, where we’re playing a game of musical chairs and jockeying for position,” Landgraf had said during the summer portion of the press tour. The bubble, he predicted, will not “burst” but “deflate” somewhat slowly.

On Saturday, he stuck to that point, but will updated figures: “I’m not foreseeing a collapse,” Langraf explained. “I guess, I just feel like, well, we’ll get to maybe 450 shows, and then there will be a contraction down to 350 or something like that.”

Muscular network groups such as FX, AMC and HBO, Landgraf had predicted in August, will weather the storm, but smaller networks will have a tougher time.

“I don’t think that independent channels are going to fare particularly well in the future,” he said this summer, adding: “It’s the nature of every industry that you see proliferation, then consolidation.” Landgraf then described a coming “a culling of the heard” in which some smaller networks will fail.