Chad Stahelski is directing the next entry in the action franchise, and Sawayama is making her acting debut in the film. 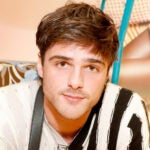 “I’m so glad to have Rina on board to make her feature film debut in ‘John Wick: Chapter 4.’ She’s an incredible talent who’ll bring so much to the film,” Stahelski said in a statement.

Sawayama was born in Japan and raised in London and released her debut album “SAWAYAMA” last year, which was critically acclaimed and earned her an opportunity to duet with Elton John for one of her songs, “Chosen Family.” Sawayama specializes in genre-bending electropop and has notched more than 200 million plays across streaming services. She launches a headlining world tour later in 2021.

Rina Sawayama is represented by Scott Melrose at Paradigm, Tom Windish at Wasserman Music, Will Frost & Caspar Harvey at House of Us, Tom Mehrtens & Mofe Sey at SATELLITE414, and Emily Mullen at Orienteer. 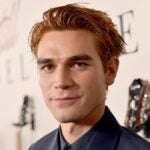