The “America’s Got Talent” stage just got a whole lot more colorful.

XOMG POP!, a girl group founded by JoJo Siwa and her mom Jessalynn, auditioned for the competition during Tuesday night’s Season 17 premiere on NBC.

The girls rushed onto the stage in a flurry of rainbow glitter, as JoJo and her mom waited in the wings to cheer them on. They sang their first single, “Candy Hearts,” which was released in December 2021 — showing off not only their vocal skills but their dance moves as well.

“I’m guessing this is about world domination,” judge Simon Cowell teased, alluding to JoJo’s own music and dance career, which has earned her an army of fans. 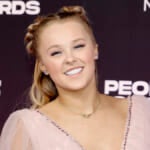 Their performance didn’t just get a boisterous round of applause from the audience, it also scored some rave reviews from the Cowell and the other judges.

“I have a granddaughter that’s 7-years-old. This is the concert that she would want to be at,” said Howie Mandel. “You should have your own show. You should be touring. And I think that’s exactly what you’re gonna do.”

Heidi Klum told the girls they reminded her of a younger version of JoJo herself, a compliment that earned a heartfelt reaction from the pop star, who was still watching the judges’ reactions from the side of the stage. 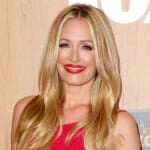 Also Read:
Host Cat Deeley on ‘So You Think You Can Dance’ Return and ‘Fresh Energy’ of New Judges

“I’m gonna be honest with you. I didn’t like it. I loved it!” Cowell said. “What isn’t there to like about you?”

XOMG POP! earned a yes from each of the judges, sending them to the next round. Before they left the stage, JoJo herself ran out to give them a hug.