“The Morning Show” will have a new face around the set in Season 3: Jon Hamm is joining the Apple TV+ series in a key role.

Production on “The Morning Show” Season 3 will kick off later this month, the streamer confirmed on Wednesday. Charlotte Stoudt, who has an overall multi-year deal with Apple TV+, will serve as showrunner and executive producer.

While Hamm has made guest and recurring appearances on other TV programs since wrapping “Mad Men,” it’s leaned towards the comedic realm in shows like “Unbreakable Kimmy Schmidt” and “Curb Your Enthusiasm.” News of his involvement in “The Morning Show” coincides with his casting in a lead role in the upcoming fifth season of the FX series “Fargo.” Hamm most recently wrapped the starring role in a new “Fletch” movie, and co-starred in one of the biggest movies of the year, “Top Gun: Maverick.” 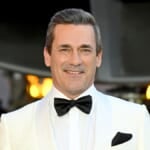