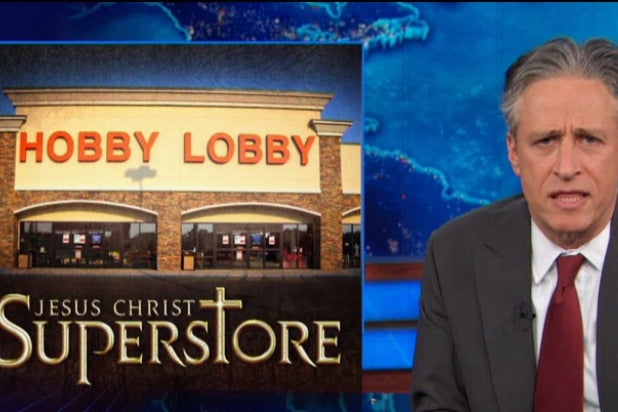 Jon Stewart says Christian craft store Hobby Lobby’s Supreme Court case is based on a basic misunderstanding of a “scientific fact” about contraception.

The chain is objecting to the Affordable Care Act’s requirement that employers must provide health insurance to their employees, including contraception coverage. The store’s owners consider certain kinds of birth control to be abortion, which they say is against their religious principles.

“Contraception is not the same thing as abortion,” he said. “That’s a scientific fact.”

As NBC News Supreme Court correspondent Pete Williams noted, it’s irrelevant to the case whether the owners’ religious beliefs are correct. The question is whether they should be required to violate their beliefs, whatever they may be.

“So let me get this straight,” said Stewart. “Corporations aren’t just people. They’re ill-informed people whose factually incorrect beliefs must be upheld because they sincerely believe them anyway. I guess that’s why at Hobby Lobby they feed their 16,000 employees with but five loaves and two fish.”