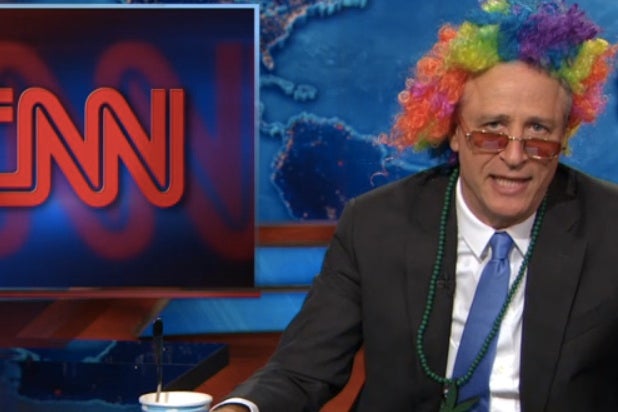 “Like I always say, CNN is cool as f-ck,” Stewart said as he set up a series of clips of the network’s recent marijuana coverage surge.

Williams took on Stewart for acting like pot was just for hippies and “free love” aficionados, pointing out the marijuana surge is currently helping the economy and people with health issues.

“Well, there is a difference, to be fair–if you smoke too much pot, nobody comes to break your f-cking knees,” Stewart concluded.

As TheWrap reported Monday night, Stewart also surprised viewers during with the announcement that August 6 would be his final episode of “The Daily Show.” Stewart announced in February that he would be stepping down from his post after 25 years. Trevor Noah will succeed him at the Comedy Central anchor desk.