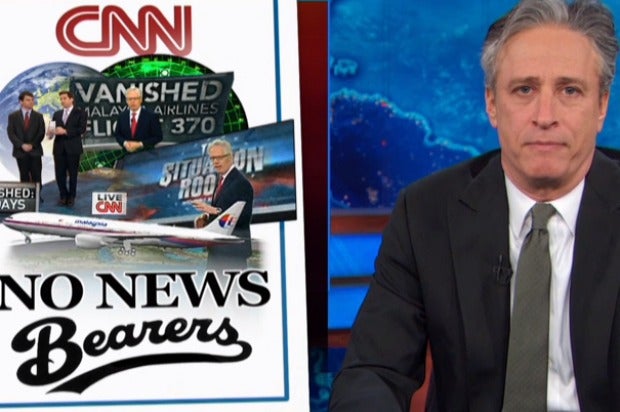 Stewart went back to a seemingly bottomless well Wednesday, noting that some of CNN’s latest dispatches seem to come from the “Duh Room” — a set not far from the “Situation Room,” but more filled with obvious observations.

Among the latest “Duh Room” dispatches: The ocean is dark and filled with debris.
Also read: CNN Beats MSNBC, Narrows Gap With Fox News in March

Stewart also called out CNN for “covering their coverage of the Malaysian plane story.”