Jonah Hill may not have cared much about watching “The Mandalorian” but make no mistake — he’s very good friends with Grogu (aka Baby Yoda). The actor in-jest debunked any rumors of their lack of friendship on Instagram this weekend.

In a recent interview with W Magazine, the actor revealed that his “Don’t Look Up” co-star Leonardo DiCaprio made him watch “The Mandalorian” in an effort to get him more interested in fantasy stories.

“I used to have a rule: If it didn’t happen or it couldn’t happen, then I just wasn’t interested, because I would lose focus,” Hill explained. “Leo made me watch ‘The Mandalorian’ when we were making ‘Don’t Look Up,’ and it was like, Baby Yoda was so cute, but I just didn’t give a f— because I didn’t know anything that it was about.”

On Saturday, the actor posted a picture on his Instagram of a tweet, saying that his words, along with a split-screen image of him and the beloved character, made it seem “like he’s feuding with baby Yoda.” 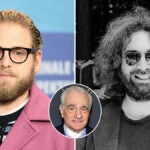 “LOL is there anything cornier than literally all media,” he wrote as a caption. “They’re literally trying to create beef between me and Baby Yoda.”

Then, he made an effort to nip any doubt of his feelings toward The Child in the bud.

“I’m getting ahead of it. I wanna say this once on the record officially: Baby Yoda and I are dear friends and text at least once a week,” Hill joked. “We may not be text every day type of friends and yes Covid put a strain on our friendship, but we are all good. And that’s all I will say on this matter ! Now please respect our privacy at this time.” 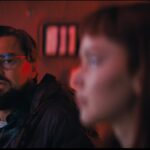 Friends of Hill’s chimed in on the situation in the comments section, sarcastically furthering the non-existent drama between the actor and the fictional character.

“Wow. Really messed up what you did to Baby Yoda,” Natasha Lyonne joked.