The Jonas Brothers have achieved considerable success in the music industry, but they’ve revealed an achievement that is still of their reach – a brawl with Chris and Liam Hemsworth.

Nick, Joe and Kevin dropped by Tuesday night’s episode of “The Tonight Show Starring Jimmy Fallon” to discuss their upcoming special on NBC, “Olympic Dreams Featuring Jonas Brothers,” along with their memoir, “Blood.”

Fallon noted that the title of the book is an allusion to the detail that they are a literal band of brothers. However, Joe corrected the talk show host, indicating that there was another, more interesting reason. 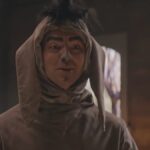 “Actually, that’s not the reason,” Joe joked. “We’re gonna take note from all the YouTubers that are having these boxing matches and we’re gonna have a big UFC match. It’s gonna be us versus the Hemsworth brothers.”

“The Hemsworths haven’t emailed us back yet, but it’s gonna be big,” he added.

Fallon played along, recommending some alternative options for opponents a bit closer to their physique. “Maybe there’s a couple Hemsworths out there that we don’t know of that you could maybe challenge or something,” he said.

“Ones who are a little bit closer to our height as well,” Joe agreed. 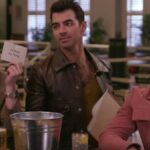 In a teaser clip of the episode, Kevin talked about the spirited rivalry among the brothers, which was out in full force for the training and challenges.

“I think the competitive nature between the three of us is very high, no matter what it is that we’re doing,” said Kevin in the footage. 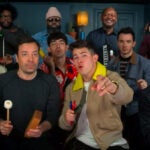 In another clip, courtesy of E! News, the siblings bemoaned how age has taken a toll on their abilities (for some of them). “There’s a bit of an age gap.,” Kevin said. “You’re getting old. It happens. It’s natural. You shouldn’t feel ashamed of it. We can maybe take one of the hurdles away for you to make it even.”