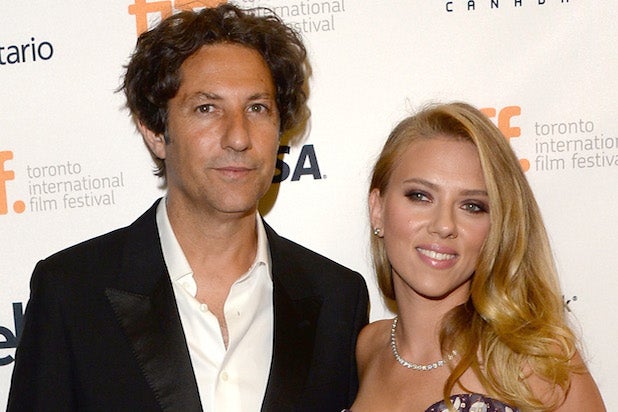 Jonathan Glazer can now breathe easy — or as easy as a very serious British artist will allow himself, anyway.

A few weeks ago, the British filmmaker was nervous about the release of his third feature, “Under the Skin,” and with good reason: It’s a challenging film that refuses to give easy answers, the sort of artistic work that can get ignored amid all the blockbusters now being released in theaters. And while any director will worry about box office returns and critical reception, Glazer had invested nearly a decade of his life of bringing Michel Faber‘s book to the big screen, giving nine full years to creative dead ends and frustrations.

“There are plenty of people who hate it, so it’s not some kind of consensus film,” Glazer told TheWrap earlier in April.

Also read: ‘Under the Skin’ Review: A Is for ‘Alien’ and ‘Arthouse’ in This Oblique Scarlett Johansson Puzzler

In the end, many more liked it than hated it, as “Under the Skin,” which features Scarlett Johansson as an alien of indeterminate origin who comes down to earth and picks up men before abstractly eating their souls and vitality, averaged $35,000 per screen in its opening weekend. It’s now up to $500,000 gross as it expands across April. It also received significant critical praise.

Below is Glazer’s discussion with TheWrap, about the nine-year journey, his music video days and what’s next.

This took you nine years to make, and it changed a lot, so what was your original vision or script for this like?
Glazer: The original version was closer to the book, basically, much more specifically like the book. And I didn’t really want to film the book, I wanted to make a film of the book, and it just took quite a long time to kind of roll with that and find out what that needs to be and how to make it. In hindsight, I wish I could have done it sooner but it just took what it took, took a long time.

Were there moments you thought you were there?
Sometimes, but never really. There were moments that we got much closer to a version. But you’re not really ever there until you’ve actually finished the film. The writing continues through the filming and the music and the editing. We needed to get back to something very simple, a very simple starting point, which was this idea of an alien lens.

Did you complicate it?
Oh yeah. For sure. Things always become more complicated.

See video: Scarlett Johansson Gets Undressed in ‘Under the Skin’ Trailer

Then you brought it back to something simple. What was the height of its complication?
It’s all theoretical now, it’s like it was never made. I would say a more elaborate, less focused … a very focused story, but not focused on her in the same way, and that was really the nub of it, was her.

What made you interested in her for the part? This is new territory for her …
I hadn’t figured out yet how to cast the film, when we first met. It wasn’t until the story was much clearer, the methodology of filming became much clearer, that Scarlett came fully into focus. I think it needed to come fully into focus with her as well, and then it became a good sort of perfect storm of ingredients. She’s a terrific actress, she’s beautiful, there’s something very interesting about her in this role. She was in the right time in her life to do it, and she approached it with all that kind of energy and commitment. You sort of read that in an actor sometimes, when they’re ready for something.

It’s a movie that has a very clear story, but it has things that are left abstract or unanswered. What were the things that you wanted to leave the audiences to interpret?
Well, most of it. In a way, loads of things … I hope it’s a film that will live inside people, they’ll think about it and enjoy the puzzle and enjoy its mystery … It was really important that she remained an alien at the end of the film, and our understanding of her as an alien was as inscrutable at the ended as it was at the beginning. We’ve learned nothing about her as an alien, she’s learned something about us.

I think the brain naturally sees a film and wants answers … there are answers, there’s actually a very rigorous logic, but I think the first time you see the film, it’s maybe not as evident, because there are a lot of other things to focus on and try and decode. I think it’s an emotional experience; I hope it is an experiential film.

Do you have to fight yourself to not put in answers? Or do you have to force yourself to put in more?
It really does depend, because sometimes the clearer something is, the more mysterious. Other times it feels like, you’re just looking for something you believe as you’re making it. The more expositional this film became, the less you felt it, the less I felt it. For instance, you needed to understand that they wanted us for something, (but) what that specific thing (was) didn’t need to be explained. Because actually the answer is less interesting than the question, so not knowing is terrifying and alien.

When you go through this process, putting someone in a van and filming them as they meet people, as the time went on, did you see her change at all, how she approached people or the character?
She got more confident. We all got more confident. When you start something new, you’re sort of tiptoeing around something, and then once you just let go, you’re just in it … that’s also when the performance starts to work wonderfully well, is when she’s not sort of looking at herself from the outside, conscious of her decisions or what she’s doing … she’s inside it. She got to that point, definitely. There was a few days of trying to calibrate, find that right entry point. You need to be around those ingredients to understand what it is.

It must be quite the experience for the people she picked up.
Absolutely. My God, I mean some of them were just on their way home. One of them was on the way to McDonald’s, getting something to eat, and then suddenly he’s in a scene in a film. I kind of think that suited what we were doing, it was all about bringing the film to the cast rather than the cast to the film.

It’s interesting that humans are so trusting.
Some people are. There were people who were very suspicious and read some weirdness going on. The other thing is people say, “Who wouldn’t get in the van? Show me where’s the van, I’ll get in …” The reality is very different to that. You get a few guys who are very kind of cocksure and confident. Others are questioning and suspicious, you see everything. You see a variety of responses.

Speaking of responses, did you know how iconic the Jamiroquai video would be when you made it?
No, when I made that video, I actually finished it and I remember saying to my producer at the time, ‘You’ve got to come save this video because it’s a fucking disaster.’ And when he was showing the Sony record company, I took myself out of the room and said, ‘I can’t watch it.’ He asked why not and I said, they’re going to ask for their money back, and I can’t because we spent it, I don’t know what to do. It’s going to be a disaster.’

Also read: 49 Summer Movies on Our Radar: From ‘Amazing Spider-Man’ to Tina Fey’s Next Comedy

But of course, everyone loved it.
You don’t know while you’re doing things, you suspect everything you do is bad.

Do you expect that when you make movies?
Yeah, yeah.

How about “Sexy Beast,” did you think that when you made that?
Yup.

And “Under the Skin,” did you expect hatred?
You just don’t know. You do what you think is right and it’s frightening, putting something out there and not knowing what people think. There are plenty of people who hate it, so it’s not some kind of consensus film. You just hope that people can get something from it and maybe it sparks something for them.

Now that you’ve transitioned to films, do you think the golden age of music videos is over? Are they going by the wayside?
It seems like things are going all right. It’s just moved to a different place. I think it’s still a very relevant art form, it’s easy to dismiss it and say nothing is happening. The thing that is gone from it is the budgets, but I think people are more resourceful now, with new technology. But some ideas require money to really pull off, and those ideas have fallen by the wayside. It’s too soon to say that it’s gone, these things come in cycles.

It took nine years to get this right; now that you’re free, what’s next?
Well I have a few ideas for things I’m writing. I need to get this behind me before I can fully commit to the next project.

Do you want to step away from cinema?
Maybe, it’s hard to say. Some new opportunities have come my way lately in areas I haven’t worked in before. I’m stroking my chin on those. I want to do something that is not playing those same kind of rules. We are conditioned to watching films in a certain way, (most) films we watch do come from theater and traditional story and dialogue and character. This film only really seemed to make sense if it stood completely apart, because it takes her perspective, and none of us really knew how that would be received. So it’s really exciting, the reception, I would say is a pleasant surprise.