An interview between actress/reality TV personality Joseline Hernandez and Wendy Williams on “The Wendy Williams Show” didn’t exactly go smoothly on Wednesday, flying off the rails when Hernandez started claiming that Williams didn’t treat her the way she deserved to be treated.

“I’m an accomplished woman and I just feel like every time I come to your show, you don’t give me those flowers now. And Wendy, you’re 35 years my senior. I should get those flowers. I should feel wanted by people like you. Not just me, all the other young girls,” Hernandez complained.

Williams, who was clearly taken aback by Hernandez’s words, interjected to tell her guest “you’re always wanted by me” and maintained that she always said she was entertaining. 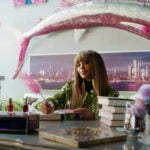 Also Read:
Wendy Williams Comes in ‘Like a Hurricane’ in Trailer for Lifetime Biopic (Video)

“But we feel like you don’t be really rooting for us. And especially with me, every time I come on the show you always seem to want to compare me,” Hernandez continued. “I don’t need to be compared. I’ve made my own brand for years. I’ve been out here for the past decade. I’ve franchised my own show to another network, I had the number one show in the country.”

Hernandez, whose big breakthrough was the series “Love & Hip-Hop: Atlanta,” was referring to her own reality show “Joseline’s Cabaret” which debuted last year. When Wendy tried to break in and clarify that it’s the number one show on the Zeus Network as opposed to the country, she was quickly shot down. Finally, in a frustrated spiral that we’re surprised took this long to blow up, the host snapped and let loose on her guest.

“You feel undervalued? Well so do I,” Williams retorted. “Because you’re part of pop culture this is what I do. But if you possibly think I leave here every day and don’t feel undervalued for that something I do, as a woman–we’re not even going to talk about race–I still don’t make that dollar for dollar men make.” 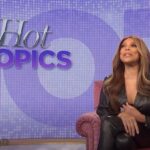 That didn’t do much to deter Hernandez from her rant. She told Williams that she deserved respect coming from the streets and “the gutter” and went so far as to bring up Williams’ past abusive relationship, saying the host should be in a better place that’s reflected in how she treats her guests. “When people come on your show, especially Black culture, you should be nicer to us,” said Hernandez. “You should respect us, you should give us our flowers while we’re here and you should tell us how proud you are of what we did in the streets.”

“I’m not proud of all, and what I’ve been through makes me even harder on young women, like you can do better. Now can we get back to the show at hand?” Williams asked, effectively having the final word.