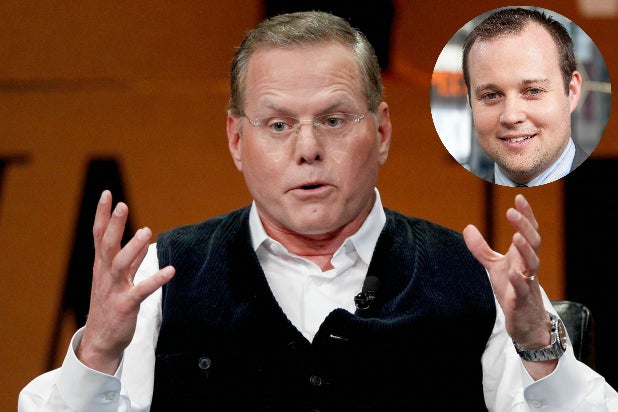 speaks onstage at the Vanity Fair New Establishment Summit at Yerba Buena Center for the Arts on October 9, 2014 in San Francisco, California.

Discovery Communications CEO David Zaslav admits that TLC is down, but promises it is not out. And those challenges the cable channel currently faces? All due to some rotten luck.

“We also need to probably work a little harder at getting it right,” he said, “but I think our strategy is right.”

And what is that strategy, exactly?

“TLC is middle America,” Zaslav explained. “We basically say, ‘Forget New York and L.A.’ We don’t want anybody writing great reviews of our content in the New York Times or the L.A. Times.”

Good reviews or poor ones, Zaslav is confident in a coming TLC resurgence: “I think we can build back up,” he said of the once-mighty reality channel.

“Some of the SVOD platforms I just don’t think are rational,” he opined, kicking a little dirt on TV’s latest trend. “They only exist because of our content.”

“Essentially — not to be too pejorative — those are dumb pipes,” Zaslav added, vaguely speaking about unspecified devices, interfaces, and wires.

To avoid the “dumb” stuff, Zaslav predicted that his company will stick to its TV Everywhere push, an option that grants “more control of the consumer experience — and more curation by us, rather than others,” he said.

Discovery owns all of its own content, which isn’t the case of many competitors.