Bobcat Goldthwait is not who you think he is. Or maybe he is, if you’re picturing a laid-back, left-leaning multi-hyphenate, who shrinks from the spotlight more often than not.

But for skeptics who still think of Goldthwait as the hyperactive attention-seeker from “Police Academy” movies and chaotic late-night appearances — or even fans who respect him best as the creator of “Shakes the Clown” — “Joy Ride” may come as something of a revelation.

That’s not to oversell this shambly documentary, because its considerable charms come from its deceptively low-key approach. Goldthwait has proven himself a provocative filmmaker with notable range, thanks to movies like the cultishly beloved “Shakes,” the darkly prescient “World’s Greatest Dad” and the pointedly unsettling “Willow Creek.” He’s also a prolific TV director, with a particular focus on other comedic minds (“Maron,” “Jimmy Kimmel Live”). He draws primarily on the latter here, taking a generous and good-natured approach to both his career and that of his friend and fellow comic Dana Gould. 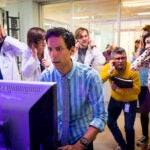 In February 2020, just before the country shut down, Goldthwait and Gould set out on a stand-up road trip, hitting iconic and intimate venues like the 40 Watt Club in Athens, Georgia, and the Mothlight in Asheville, North Carolina. Goldthwait decided to capture their adventure, documenting their long drives on snowy highways along with snippets of their two-person sets.

Though Goldthwait is the director, he tends to cede the spotlight to Gould. This is true both personally and professionally, and we get plenty of opportunity to see why they mesh so well. As they drive from town to town, Gould pokes and needles, and Goldthwait laughs and yields (and then pokes back). And in learning about their friendship, we also learn more about each of them.

Goldthwait maps out the movie with great care, even as he creates the road-trippy feeling that we’re wandering from place to place. When the guys reminisce about their early days, for example, it’s just a casual conversation; Goldthwait admits that he was terrible to Gould when they met, and apologizes. 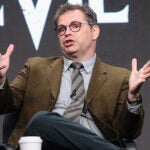 But then we revisit who they once were, both in discussion and through well-chosen footage: We see an out-of-control Bobcat lighting Jay Leno’s chair on fire, destroying Arsenio Hall’s set, and shocking Kathie Lee Gifford. And we return to the present, as he muses about how misguided that approach — which is to say, his entire public persona — was. “I was a spectacle,” he admits, as if he’s still bemused by it. “I was turning into Richard Simmons or something.”

Gould, for his part, acknowledges the desperation that initially repelled Goldthwait, before sharing and exploring the serious reasons behind it. So when we see them both together on stage, it’s with a knowledge that deepens their riotous set to a satisfying degree. (Targets range from Klansmen to “Police Academy” fans to Jerry Seinfeld, and none of them come out well.) 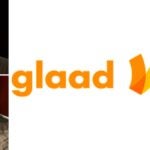 We now have context when we notice that Gould — who’s worked steadily for decades as a writer and/or performer on shows like “The Simpsons,” “Seinfeld” and “Parks and Recreation” — remains intense and needy, always ready to jump on jokes and draw out laughs. And we can appreciate more fully the ways in which Goldthwait, who made his name as intense and needy, is content to stand back, to give his friend the attention he desires, until it’s time to lean forward for the one killer comment.

And although there’s a lot of serious discussion about their anarchic childhoods, their professional disappointments and their personal losses, there is also a tremendous amount of joy. These are two middle-aged guys having a good time, by looking forward and backward and, most of all, just by being in the moment. It’s a pleasure to ride along.