It’s been a decade since the release of Judd Apatow’s comedic drama “This Is 40,” which examined the lives of a middle-aged married couple, and Apatow is ready to find out what Pete and Debbie are up to at 50.

“I’ve always wanted to make ‘This Is 50’ and it is time,” Apatow told TheWrap during an interview for his upcoming Netflix film “The Bubble.” The filmmaker said back in 2013 that he was interested in revisiting the family at the center of “This Is 40” in a further sequel, especially checking in on the family’s daughters (played by Apatow’s real-life daughters Maude and Iris Apatow).

Apatow told TheWrap that the timing is right for “This Is 50,” and he’s been hard at work outlining what the story would be.

“I couldn’t have done it five years ago and I can’t do it five years from now, so I’ve been outlining that and hope it’s something that we get to do. I feel like [‘This Is 40’] has really aged well, and it always feels like everyone watches it when they turn 40 and they go, ‘Oh, I understand it all now’ (laughs). So I’m enthusiastic about putting that together.”

When pressed if “This Is 50” would be Apatow’s next project as a director, he said it’s one of two ideas he’s mulling. “I’m hoping that comes together. I have an idea that I really like for it,” he said.

Universal Pictures, which distributed “Knocked Up” and “This Is 40,” did not immediately respond to TheWrap’s request for comment.

Earlier Wednesday, it was announced that Apatow and his Apatow Productions had signed a multiyear production deal for both film and TV with Universal Pictures and Universal Studio Group.  No specific film projects were announced as part of the deal. The Apatow film “Bros” with Billy Eichner is in postproduction at the studio now.

“This Is 40” was a follow-up to Apatow’s 2007 comedy hit “Knocked Up,” following Paul Rudd and Leslie Mann’s characters Pete and Debbie and their struggles as a family. For that film, Apatow said he drew from his own life to craft a personal story about hitting 40, and presumably “This Is 50” would further draw from his experiences as the 54-year-old director has expanded his storytelling horizons over the last decade. 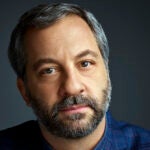 After “This Is 40,” Apatow more significantly turned his attention to shepherding other storytellers. In 2015, he directed the Amy Schumer vehicle “Trainwreck,” he served as an executive producer and writer on “Girls” throughout the Lena Dunham HBO series’ run, and in 2020 he directed Pete Davidson in the “SNL” cast member’s personal comedy/drama “The King of Staten Island.”

Apatow’s most recent film “The Bubble,” which he co-wrote and directed, hits Netflix on April 1. The comedy tells the story of a group of actors filming a blockbuster sequel in the middle of the pandemic.