Jude Law is heading to a galaxy far, far away.

Set during the post-“Return of the Jedi” reconstruction, the exact plot of the series is under wraps but it was previously reported to be a coming-of-age story in the vein of Amblin films from the 1980s, with casting underway for the young stars. 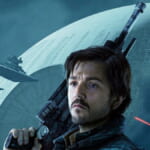 Law is coming off of playing the younger version of Albus Dumbledore in two films in the “Fantastic Beasts” franchise, including the 2022 installment “Fantastic Beasts: The Secrets of Dumbledore.” He is also playing Captain Hook in the upcoming Disney+ original film “Peter Pan & Wendy,” so the “Talented Mr. Ripley” performer is on a bit of a franchise hot streak.

No further plot details or release date information for “Skeleton Crew” was announced, but the show is expected to start production this summer. It joins a roster of upcoming “Star Wars” series that include a third season of “The Mandalorian” and new shows “Ahsoka,” “The Acolyte” and the “Rogue One” prequel series “Andor” which premieres in August.

Most recently, Lucasfilm and Disney+ rolled out “The Book of Boba Fett,” and “Obi-Wan Kenobi” premieres this Friday on the streaming service. 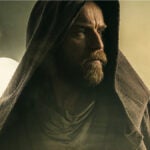