Mary Poppins is practically perfect in every way – but it wasn’t her perfection that drew Julie Andrews to the role. She says it was the vaudevillian feel of the music.

In a new interview with Vanity Fair, in which Andrews talked through her career leading up to her latest release, “Minions: The Rise of Gru,” the beloved actress revealed that when Walt Disney originally asked her to star in “Mary Poppins,” it was the zaniness of the music that really drew her in, rather than the character itself.

“It was a brand new thing in my life that I’d never done before. It was for Walt Disney, of course, and the songs in ‘Mary Poppins’ had a kind of Vaudeville quality to them,” Andrews explained. “I think it’s what attracted me to the role, because all that kind of ‘Supercalifragilisticexpialidocious’ and ‘Jolly Holiday’ music was very much like the kind of things that you hear in English vaudeville.” 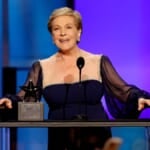 Of course, vaudeville was a huge part of Andrews’ life growing up. Her parents were vaudeville performers, and the genre is where Andrews herself was trained. So not only was “Mary Poppins” familiar, it was comfortable.

Andrews added that, beyond the music, what really helped her grasp the fantastical character was the nanny’s costume design, which came from the mind of her then-husband, Tony Walton. Andrews recalled that Walton explained to her in depth why Mary Poppins had such fun fabrics lining the inside of her clothes, but no crazy outward designs.

He told her: “Because I think that’s what gives her pleasure. Very formal on the outside, and a little bit wicked on the inside,” she said. “It completely gave me a clue as to her character. Big, big help for me.”

You can watch Andrews break down her full career in the video above. 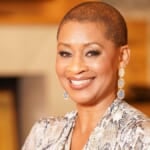