The suit says the deal “would give Penguin Random House outsized influence over who and what is published, and how much authors are paid for their work. The suit made the case that an acquisition of this nature would be not only harmful to consumers, but to producer and authors, too, by creating a monopsony.

“Authors are the lifeblood of book publishing. Without authors, there would be no stories; no poetry; no biographies; no written discourse on history, arts, culture, society, or politics. In the words of Penguin Random House’s U.S. CEO, ‘[B]ooks have the power to sustain us, particularly in challenging times . . .’ Penguin Random House’s Global CEO put it more simply, ‘Books matter . . .,'” said the suit, filed by the Justice Department’s antitrust division. 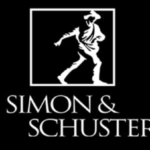 “Penguin Random House’s proposed acquisition of Simon & Schuster would result in substantial harm to authors, particularly authors of anticipated top-selling books. Today, Penguin Random House and Simon & Schuster compete vigorously to acquire publishing rights from authors and provide publishing services to those authors,” the lawsuit contends. “This competition has resulted in authors earning more for their publishing rights in the form of advances (i.e., upfront payments made to authors for the rights to publish their works), and receiving better editorial, marketing, and other services that are critical to the success of their books. In 2020 alone, publishers paid authors over $1 billion in advances. Authors rely on these advances to fund their writing and pay their bills.”

Simon & Schuster president and CEO Jonathan Karp sent an email message to his staff Tuesday saying, “The DOJ contends that PRH’s acquisition of S&S will reduce competition for the acquisition of titles. Notably, DOJ has not alleged that the acquisition would harm competition in the sale of books. Simon & Schuster and Penguin Random House strongly disagree with the DOJ that this transaction will harm competition and believe firmly that there is no basis for these claims. Penguin Random House is determined to fight vigorously to bring this transaction to fruition and we will be doing all we can to help in those efforts.”

He praised his employee’s work through the pandemic and since the announcement of the sale last year. 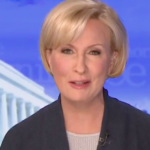 ViacomCBS announced the $2.18 billion cash deal last November. The acquisition was designed to combine the No. 1 and No. 3 book publisher in the U.S. and was expected to close this year pending regulatory approval.

Penguin Random House, a division of the German media giant Bertelsmann, would continue to be managed as a separate publishing unit with Karp and COO/CFO Dennis Eulau continuing as its top executives.

A representative for Simon & Schuster did not immediately return a request for comment.