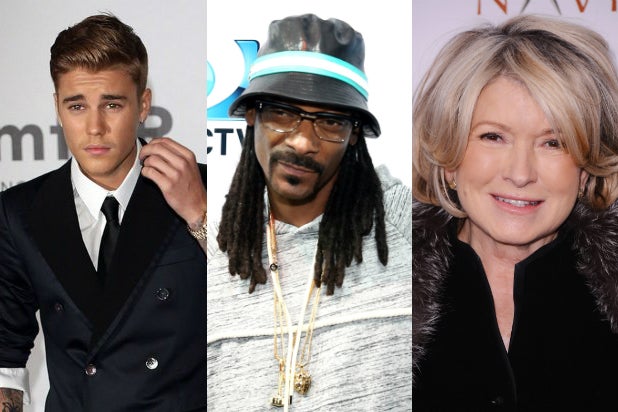 Comedy Central announced the full lineup of celebrity roasters for the hotly anticipated Roast of Justin Bieber Thursday, and among Bieber friends and comedians, one name stands out: Martha Stewart.

Precisely why the queen of complicated pastries and pastel button-downs will be sticking it to the bad-boy singer has yet to be revealed, but the showdown promises to surprise and delight.

Kevin Hart will lead the festivities as roastmaster, as previously announced, and as the network warned Bieber, Hart has already told the roasters to “go hard.”

Hopefully that will include the throwing of some hard boiled eggs.