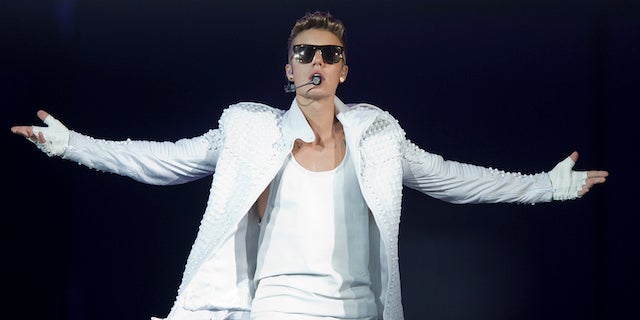 One of Justin Bieber‘s tour buses was discovered carrying marijuana and other drug-related paraphernalia while trying to enter the United States from Canada on Sunday night, a U.S. Customs and Border Protection spokesman told TheWrap.

The bus, which Bieber was not riding at the time, was about to cross the Ambassadar Bridge to enter Detroit, where the singer was scheduled to perform later that night.

A K-9 unit sniffed out the illegal drug, which was confiscated along with the paraphernalia. The tour bus driver was issued a penalty before the bus and passengers were released without further incident.

Kenneth Hammond, chief officer of media relations for the federal agency, did not reveal how much marijuana was found or elaborate on the penalty given to the driver.

A rep for Bieber emphasized that “it wasn’t Justin’s bus,” but did not provide TheWrap any further comment.