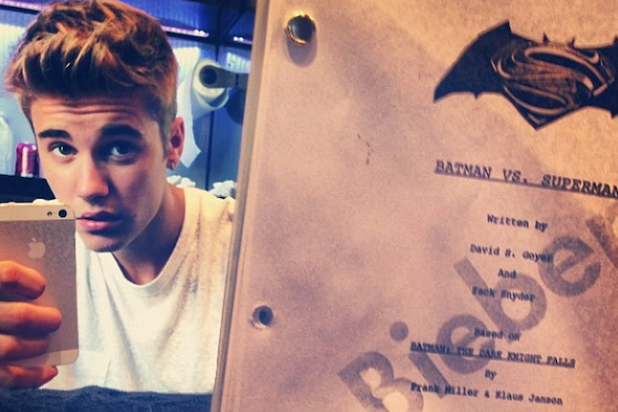 The Justin Bieber “Batman vs. Superman” “script” was, indeed, a big fat fake, TheWrap has learned.

(Now if only there were a word to express that we indicated as much already!)

A person with knowledge of the real script assured TheWrap that the photo Bieber Instagrammed over the weekend is not authentic — and is most likely part of an upcoming Funny or Die sketch.

Also read: Justin Bieber Isn’t Fooling Anyone With the ‘Batman vs. Superman’ Instagram

So that settles that: Bieber will not be playing Robin in Warner Bros.’ 2015 supermashup, he doesn’t have a copy of the script, has never read it, it probably doesn’t even fully exist yet, and if it did, Warner Bros. isn’t showing it to anyone.

All stuff we said before, but now it’s, you know … official. So for those of you who gave this one the benefit of the doubt, please un-give it.

Oh and just to be sure, Ben Affleck is still playing Batman. That one was real.