For information about Wall Street, viewers have always been able to turn on Fox Business Network. Starting Tuesday, they’ll be able to find information about Main Street, too — or maybe a tonier neighborhood near it.

Kacie McDonnell’s “Mansion Global” is premiering Tuesday at 9 p.m. as part of the new FBN Prime lineup, which, the network says, is designed to celebrate American industry and ingenuity. Rather than drilling down on stocks and numbers, though, the program — which launched on the Fox Nation streaming platform in 2019 — will give viewers a look inside some of the country’s most lavish homes.

“I’m so juiced about this,” McDonnell told TheWrap by phone last week, recounting how “Mansion Global” was one of her first assignments at Fox Nation and she can’t believe it grew to be a primetime cable program so quickly — especially after a pandemic that impacted her team’s ability to travel. “We’re kind of figuring it out together.” 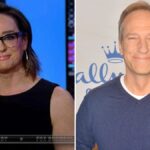 The show team is taking viewers to Montecito, Malibu, Houston, Colorado and the Hamptons, among other locations, to look at not only décor and styling, but architecture and construction.

McDonnell described her show like a Pinterest board that can inspire not only viewers, but has inspired her own interior decorating: “I have my apartment in New York and there have been things that Ive seen, like, ‘Oh, they style their table this way,’ or their entry table or, ‘They arranged their pillows this way,’ or, ‘They used this color scheme and it really brightens up the room.'”

The goal of the program, she said, isn’t to flaunt the wealth of those whose homes feature on it, but to inspire viewers with whatever they have available to them — even if that’s not exactly “$100 million in the bank.” She wants FBN Prime audience members to get ideas for their own homes while engaging in a little escapism.

“We’re just cruising around people’s homes and we are discovering things together,” she said.