Kamar de los Reyes has joined the cast of The CW’s “All American.” The former soap opera star’s character adds another formative football coach to the show’s roster.

De los Reyes will play Coach Mr. Montes, who is nicknamed by JJ (Hunter Clowdus) to distinguish from his wife Coach Montes, who was the boys’ head coach at Beverly Hills High.

Coach Mr. Montes is a smart, confident, and unpredictable Coastal California football coach who develops a unique relationship with Asher (Cody Christian) that ends up challenging both of them. 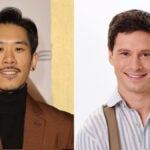 He first appeared in his role on the March 14 episode of “All American,” titled “Liberation.” He will appear in four episodes throughout the rest of Season 4.

De los Reyes is perhaps best known for his role as Antonio Vega on ABC’s “One Life to Live.” He starred on the series for nearly 300 episodes from 1995 to 2009. More recently, in 2017, he became known as the demon Jobe in Fox’s “Sleepy Hollow.”

He has also voiced the character of Raul Menendez, a Nicaraguan drug lord, in the popular video game series “Call of Duty: Black Ops.” In addition to his role on “All American,” he can also be currently seen in ABC’s “The Rookie.” 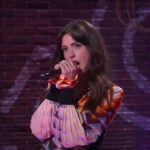 Also Read:
Anne Hathaway Kills ‘Since U Been Gone’ Performance – After Kelly Clarkson Fails to Recognize the Song (Video)

Reyes is represented by AEFH and Generational Entertainment.