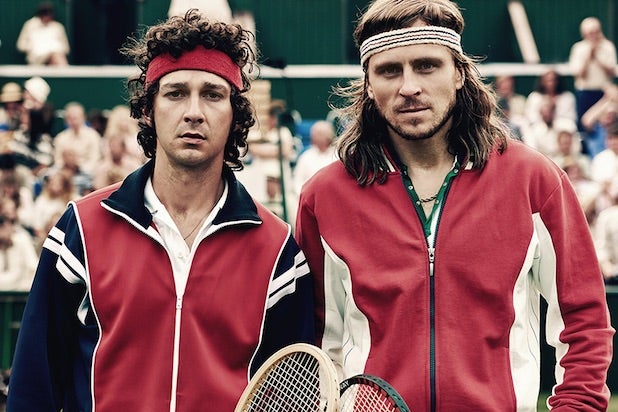 If you’ve paid more attention to Shia LaBeouf’s alcohol-related arrests than to his films lately, his new Esquire profile is well worth a read: Though LaBeouf makes no excuses, the piece lays out how addiction and childhood trauma have made his last several years very hard ones.

There are also some funny moments in the article: Kanye West, a longtime fan of LaBeouf’s style of dress — which the actor calls “blue-collar” and Esquire calls “a mix of military, athleisure, and (mostly) normcore” — borrowed and never returned several items of clothing from him, including the Indiana Jones hat he kept after starring with Harrison Ford in 2008’s “Indiana Jones and the Kingdom of the Crystal Skull.”

But other memories are much darker — including a horrific crime against his mother. Here are five takeaways from the profile, written by Eric Sullivan:

1. He hates tennis, even though he plays John McEnroe in the upcoming “Borg vs. McEnroe.”

3. He once knocked out Tom Hardy. That story has been told before, but it’s still hard to believe.

4. He still sleeps with a gun. LaBeouf said he was diagnosed with PTSD when he went to rehab last year, because as a child, he overheard a man raping his mother and couldn’t help her. He bought a gun as soon as it was legal to do so: “I’ve always thought somebody was coming in. My whole life.”

Also Read: Shia LaBeouf on His Georgia Arrest and Racist Rant to Police Last Year: 'I F-ed Up'

5. He’s sober now. After several violent episodes, and an ugly arrest video posted by TMZ, he went to rehab, and has stayed on track. “My way of running is to drink. I’m a good old-fashioned drunk — whiskey and beer — and have been since I touched alcohol,” he told Sullivan.

But he also told the writer he doesn’t want to avoid responsibility for his past actions: “I went to sleep last night thinking that this is going to be some boo-hoo piece: ‘Oh, here he is not trying to own his s—. He’s trying to put it on his father …’ My dad handed me a lot, and his legacy was an emotional one. And it wasn’t scarring. He handed me texture. My dad blessed me that way.”