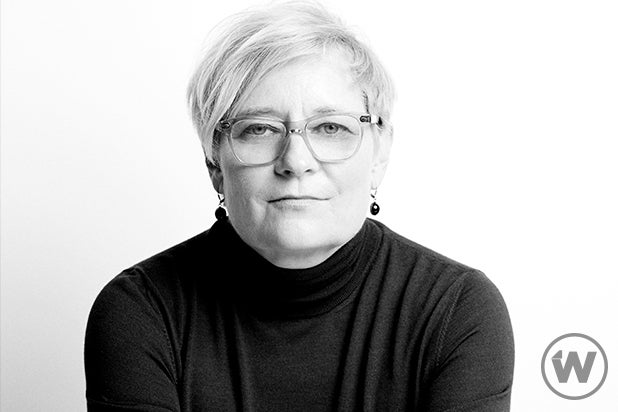 Photograph by Stephanie Diani for TheWrap

A version of this story on Kari Skogland first appeared in the Down to the Wire issue of TheWrap’s Emmy magazine.

“The Handmaid’s Tale” had a tough, dramatic second season, and director Kari Skogland was in the thick of it. After directing the finale of Season 1, she oversaw four of the 10 episodes in Season 2.

The episode for which Skogland received her Emmy nomination is the one that followed a Mike Barker-directed episode in which a bomb killed 26 commanders from the repressive Gilead regime, along with 31 of their handmaids. Skogland’s episode, “After,” opened with a stark, beautiful memorial ceremony held in a snowy forest clearing.

The episode also featured Samira Wiley’s character, Moira, finally learning the fate of her lover, Odette, and Offred, the handmaid who was once known as June (Elisabeth Moss), reaching a cautious peace with Serena Joy (Yvonne Strahovski), for whom she’s carrying a child.

You directed four of this season’s episodes. What appeals to you about “The Handmaid’s Tale?”
What’s not to appeal? It’s a very performance-oriented, visually arresting show, and that is the sweet spot for me in my work. And the other thing is how it is set up. [Showrunner] Bruce Miller really fosters your creative muscles and doesn’t micro-manage.

Television can be quite corporatized: There’s a pecking order and a process, and so many layers that it can take away some of the true creative spirit. And Bruce is adamant about that not happening. And Lizzie [star/producer Moss] is very supportive of that as well.

The “After” episode for which you were nominated begins with an extended, haunting funeral ritual in the snow. How was that envisioned and staged?
We talked about it for quite a while. Bruce had a sketch in his mind of what he wanted it to be–the handmaids kissing their handkerchiefs was something very particular that he wanted to see. The veils were also something that we worked on for a while.

I storyboarded it out, and the notion was to make these two circles and have a Busby Berkeley quality to it. I had also done a ritual in a previous episode, a baby shower, and it used the idea of a circle, the Celtic connection. I wanted to echo that as well. Bruce and I talked a lot about how to lead the handmaids in, and the lone drummer was just so sad that we had to use that. The walk through the forest, the stark black and white — we honestly got lucky and it snowed the night before.

And then I put some technology on it, a phantom camera and a drone, and we had a multiple camera set up. I wanted to capture the fragments of an hour-long ceremony, the most seminal moments, so it felt evocative and dreamlike, not linear.

Any other particular challenges of that episode?
I had to go from that bleak opening, which was the follow-up to this horrific event, and then get to a place of… I don’t want to say hope, but there’s an almost giddy quality to the ending, when two women team up. The challenge was how to take that, and also Samira [Wiley]’s tremendously sad story of finding her dead lover, and keep the tension high without sinking into the sadness.

And then at the end, we had Lizzie touching paper and reading in Gilead for the first time in years. Offred had decided to kill June out of guilt, and this was the ultimate way of bringing her back, and showing that the pen is mightier than the sword. It was a really wild ride of an episode.

This year’s Emmys have 40 male directing nominees and only four women. What’s wrong with that picture?
It’s getting to be a very old story. The demoralizing thing about that statistic, four versus 40, is that it happened after such a banner year for women. I spent 15 years working on the DGA Women’s Steering Committee trying to move that needle, and the only way to change it is to actively change it.

It has to start with studios saying they’re going to even up the numbers. That takes time and training. The statistics come out, and we feel like nothing’s changed — but if we knew something was bubbling and percolating underneath those statistics, and there’s going to be more to choose from next year, that would put a tremendously positive spin on this. I would say that where it’s really changed is that we’re no longer afraid to be vocal. In the past, if you were too vocal, it was considered a negative. Now it’s encouraged.